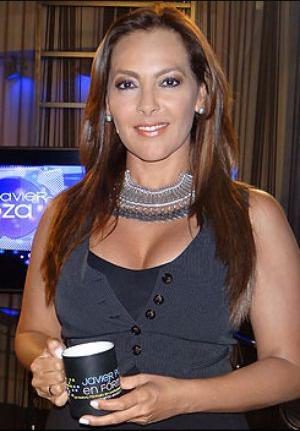 Veronica is alive and kicking and is currently 52 years old.
Please ignore rumors and hoaxes.
If you have any unfortunate news that this page should be update with, please let us know using this .

Does Veronica del Castillo Have the coronavirus?

Veronica del Castillo's father, Eric del Castillo, is still alive and kicking at the age of 91. He is Mexican and has had a career as a actor, director.

Veronica del Castillo has performed outstanding work in journalism bilingual radio, television and magazines. She has participated in important interviews, coverage and live links as the Balkan War, Arab-Israeli conflicts, taking Headquarters Diplomatic Japanese by the guerrilla group Tupac Amaru, 4th and 5th visit of John Paul II to Mexico, choice " Habemus Papam "Benedict XVI, Pinochet Case, Case Elián González, trial and funeral of Michael Jackson, presidential Fall of Fujimori, peasant march in protest of the FTA 2008 Mañanitas to the v*rgin of Guadalupe, special correspondent to French Guiana for the launch of Ariane 4 Health Alert for Influenza AH1N1, Slaughter of the Casino Royale in Monterrey, among others.
She began her career in the Information System ECO Televisa and participated in the management, production and screenwriting special programs and magazine, Metropolis 4 TV), as well as business and finance (Executive World ). She is currently conducting holder to the end for the EU Azteca since April 2014. Special correspondent for the Univision Network (Primer Impacto and Noticiero Univision) 2014.

She graduated from the University New World as a degree in Information Sciences (88-92).Mexico graduates in History, History of Religions, World History and Political Journalism.