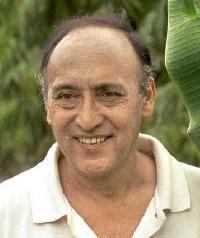 Victor is alive and kicking and is currently 75 years old.
Please ignore rumors and hoaxes.
If you have any unfortunate news that this page should be update with, please let us know using this .

Does Victor Banerjee Have the coronavirus?

Victor Banerjee is an Indian actor who appears in English, Hindi, Bengali and Assamese language films. He has worked for directors including Roman Polanski, James Ivory, Sir David Lean, Jerry London, Ronald Neame, Satyajit Ray, Mrinal Sen, Shyam Benegal, Montazur Rahman Akbar and Ram Gopal Varma.
In 1984, he acted as Dr. Aziz Ahmed in David Lean's film of A Passage to India, bringing him to the attention of western audiences.

Victor was nominated for BAFTA award for this role in 1986. He won two other awards for this role: Evening Standard British Film Award and NBR Award (National Board Review, USA). In April 1985, at a special event in Louisiana where John Travolta and Loretta Swit were also honoured, Banerjee was given the "Show-a-Rama Award" by the Motion Picture Association of America as "New International Star".
He is the only person in India who has won the "National Award" in three separate categories. As a Cinematographer for his documentary called "Where No Journeys End" which, in competition with 3100 entries from 27 countries, also won the "Gold Award" at the Houston International Film Festival. He won an award for Direction with the best documentary on Tourism called "The Splendour of Garhwal and Roopkund" and he won the "Best Supporting Actor" award for his work in Satyajit Ray's Ghare Baire.