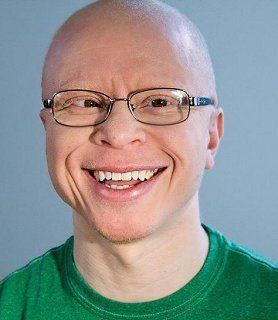 Victor is alive and kicking and is currently 53 years old.
Please ignore rumors and hoaxes.
If you have any unfortunate news that this page should be update with, please let us know using this .

Victor Varnado (born May 15, 1969 in Gary, Indiana) is an American standup comedian and actor. He is African American and albinistic. He was born legally blind due to his Albinism. He grew up in Huntsville, Alabama and later moved to Minneapolis, Minnesota.
Winner of the Most Valuable Performer award in the 2001 Montreal Just For Laughs Improv Championship, and bronze medalist in the 2002 Comedy Central Laugh Riots National Stand-Up Competition, Varnado can currently be seen as Otis, an outrageous urban comic, in the independent film Hacks. Showing in the New York International Film Festival playing in Los Angeles, Hacks was an official selection for The Milan Film Festival.

Varnado is working on a superhero film with famous comic book legend Stan Lee. He has performed character voices for a new video game for Sony PlayStation 3 called Rat Race.
Varnado is a member of Chicago City Limits, New York¹s longest running comedy improv theater company for which he writes and direct as well as performing regularly as a stand up comedian. He has also been a guest on the popular podcast Keith and The Girl.