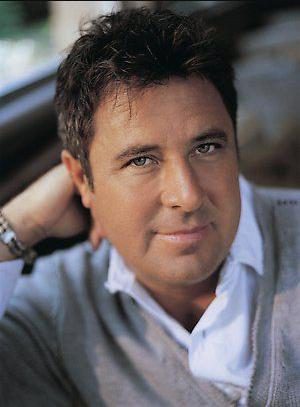 Vince is alive and kicking and is currently 65 years old.
Please ignore rumors and hoaxes.
If you have any unfortunate news that this page should be update with, please let us know using this .

Does Vince Gill Have the coronavirus?

Vincent Grant Gill is an American country singer, songwriter and multi-instrumentalist. He has achieved commercial success and fame both as frontman to the country rock band Pure Prairie League in the 1970s and as a solo artist beginning in 1983, where his talents as a vocalist and musician have placed him in high demand as a guest vocalist and a duet partner.
Vince Gill was born in Norman, Oklahoma. His mother had a son, Bob Coen, from a previous marriage. He was Gill's half-brother, but was considered a full brother by Gill. His father, J. Stanley Gill, was a lawyer and administrative law judge who played in a country music band part-time and encouraged Gill to pursue a music career. His father encouraged him to learn to play banjo and guitar, which he did along with bass, mandolin, dobro and fiddle.

Gill met country music singer Janis Oliver of Sweethearts of the Rodeo in Los Angeles when they were both starting out in music. The two married in 1980. Their daughter Jenny was born in 1982. In 1983 the couple moved to Nashville. Gill worked as a session guitarist, sang back-up, and continued to write songs while his wife's career reached fame. Occasionally Gill would mix sound for his wife's band. The two divorced in 1997.
Gill met Christian music artist Amy Grant in 1993 when he asked her to perform in his first televised Christmas special. They formed a lasting friendship. Both parties were in troubled marriages. Grant and then husband Gary Chapman began divorce mediation in 1998, with Grant moving out of the home and filing for divorce in early 1999. The divorce was finalized in June 1999. Gill and Grant began to see each other publicly a few months later. In March 2000 they were married. Together they have one daughter, Corrina.
Gill's concert at the Kauffman Center in Kansas City, Missouri, was picketed September 8, 2013 by the Westboro Baptist Church of Topeka, Kansas, ostensibly over his divorce and subsequent remarriage to Grant.