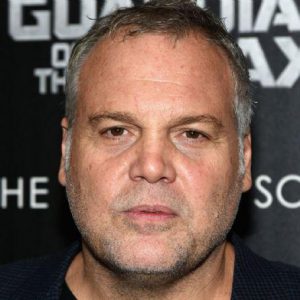 Vincent is alive and kicking and is currently 62 years old.
Please ignore rumors and hoaxes.
If you have any unfortunate news that this page should be update with, please let us know using this .

Does Vincent D'Onofrio Have the coronavirus?

Gennaro's information is not available now.

Vincent Philip D'Onofrio is an American actor, director, producer, writer, and singer. He is known for his roles as Private Leonard Lawrence in the war film Full Metal Jacket, Edgar in Men in Black, and Detective Robert Goren in the crime television series Law & Order: Criminal Intent. He has also co-starred in The Judge, Run All Night, and Jurassic World, and portrayed Wilson Fisk/Kingpin in the Netflix series Daredevil, based on the Marvel Comics series of the same name.
D'Onofrio was born in Bensonhurst, Brooklyn. He is of Italian descent, with ancestors from Sicily. His parents, Gennaro and Phyllis D'Onofrio, an interior designer/theater-production assistant, and server, respectively, met while Gennaro was stationed in Hawaii with the U.S. Air Force. In 1956, they had their first child, Antoinette. Their second child, Elizabeth (born 1957), is an actress and drama coach residing in Fort Myers Beach, Florida, and then Vincent was born, the youngest of the three siblings. He was raised in Hawaii and Colorado during his early years.

In the early 1990s, D'Onofrio was in a relationship with actress Greta Scacchi, with whom he starred in several films during that period (including The Player and Fires Within). The couple had one daughter, Leila (born 1992).
On March 22, 1997, D'Onofrio married Dutch model Carin van der Donk, and the couple had a son (born 1999). The couple split in the early 2000s, but reconciled and had a second son (born 2008).