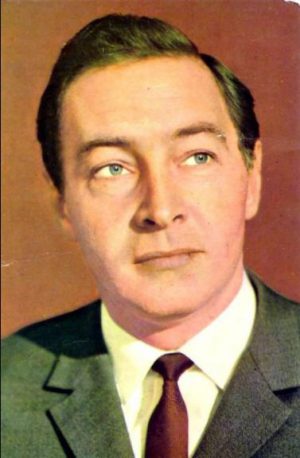 Vyacheslav Vasilyevich Tikhonov (Russian: Вячесла́в Васи́льевич Ти́хонов; 8 February 1928 in Pavlovsky Posad — 4 December 2009 in Moscow) was a Soviet and Russian actor whose best known role was as Soviet spy, Stierlitz in the television series Seventeen Moments of Spring. He was a recipient of numerous state awards, including the titles of People's Artist of the USSR (1974) and Hero of Socialist Labour (1982).