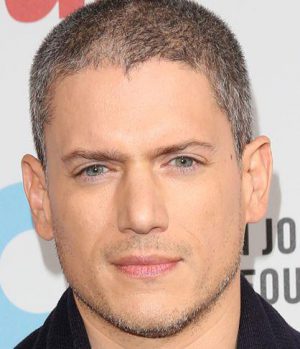 Wentworth is alive and kicking and is currently 49 years old.
Please ignore rumors and hoaxes.
If you have any unfortunate news that this page should be update with, please let us know using this .

Does Wentworth Miller Have the coronavirus?

Wentworth Earl Miller III is a British-American actor, model, and screenwriter. He rose to prominence following his role as Michael Scofield in the Fox series Prison Break, for which he received a Golden Globe Award nomination for best actor in a leading role. He made his screenwriting debut with the 2013 thriller film Stoker. He is playing a recurring villain in The Flash as Leonard Snart/Captain Cold, and is playing the role as a television series regular in the spin-off Legends of Tomorrow. Miller will reprise his role as Michael Scofield for the limited series format as Prison Break: Resurrection in 2017.
At the 2013 Human Rights Campaign Dinner in Seattle, Washington, Miller said he had attempted suicide multiple times as a teenager before coming out as gay. He said: "When someone asked me if that was a cry for help, I said no, because I told no one. You only cry for help if you believe there's help to cry for." He discussed struggling in Hollywood as a closeted actor, and talked about how his involvement in the ManKind Project helped him learn about brotherhood, sisterhood, and being part of a community.

In a 2016 Facebook post, he revealed that he "had struggled with depression since childhood. It's a battle that's cost him time, opportunities, relationships, and a thousand sleepless nights." He made this emotional post in reaction to a meme of himself which poked fun at his weight gain in 2010. Miller said that his weight gain was due to him finding comfort in food as he was suicidal. Near the end of the post he provided links for organizations such as the National Suicide Prevention Lifeline and Active Minds.