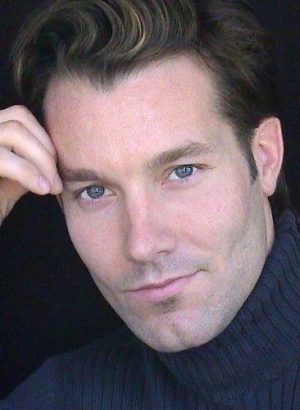 William Haze (born 1966) is an American actor, best known as having played Rick, a band manager, on The CW's hit television show One Tree Hill. He also stars as RoboDoc in the 2008 film RoboDoc.
One Tree Hill is an American television drama series created by Mark Schwahn, which premiered on September 23, 2003, on The WB. After the series' third season, The WB merged with UPN to form The CW, and from September 27, 2006, the series was broadcast by The CW in the United States until the end of its run in 2012.

With his genial demeanor and strong presence, Will Haze managed to move quickly from featured to leading player. On one of his very first auditions for a small role in a feature film, he was asked to read for the leading role and booked it. Since then, he has appeared in over 30 films and television shows.
Taking on many challenging roles such as portraying a robot in National Lampoon's "Robodoc", the ruthless drug dealer on "One Tree Hill" and working alongside some of Hollywood's greats like playing Susan Sarandon's lover in "Middle of Nowhere," appearing with Naomi Watts in "Sunlight Jr." and appearing in two of Michael Bay's films, "Transformers" and "Pain and Gain", Will Haze has the passion and the will to take on any role.