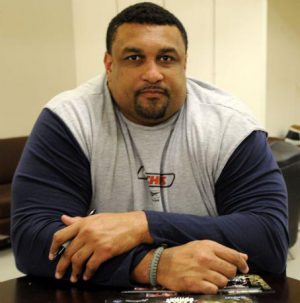 William is alive and kicking and is currently 52 years old.
Please ignore rumors and hoaxes.
If you have any unfortunate news that this page should be update with, please let us know using this .

William Layton Roaf (born April 18, 1970), nicknamed "Nasty," is a former American college and professional football player who was an offensive tackle in National Football League (NFL) for thirteen seasons. He played college football for Louisiana Tech University, and earned consensus All-American honors. He was a first-round pick in the 1993 NFL Draft, and played professionally for the New Orleans Saints and Kansas City Chiefs of the NFL. An eleven-time Pro Bowl selection and nine-time All-Pro, he was enshrined in the Pro Football Hall of Fame in 2012.