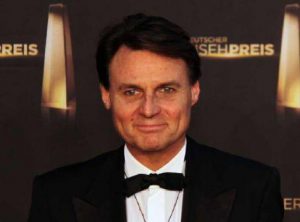 Wolfgang is alive and kicking and is currently 62 years old.
Please ignore rumors and hoaxes.
If you have any unfortunate news that this page should be update with, please let us know using this .

Wolfang Bahro (born 18 September 1960) is a German actor of television, stage, and film. He also works as a voice actor. Bahro has been best known for his role as Jo Gerner on the popular soap opera Gute Zeiten, schlechte Zeiten.