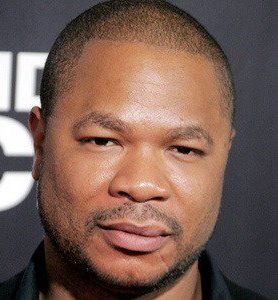 How Old Is Xzibit? Xzibit Birthday

Xzibit is alive and kicking and is currently 48 years old.
Please ignore rumors and hoaxes.
If you have any unfortunate news that this page should be update with, please let us know using this .

Alvin Nathaniel Joiner (born September 18, 1974), better known by his stage name Xzibit (pronounced "exhibit"), is an American rapper, actor, television host and record producer. He is known as the host of the MTV show Pimp My Ride, which brought him mainstream success. Before hosting the show, he achieved fame in the West Coast hip-hop scene as a rapper, debuting with his acclaimed At the Speed of Life and gathering chart success with his follow-up albums Restless, Man vs. Machine and Weapons of Mass Destruction, working with high-profile artists such as Eminem, Cypress Hill, Snoop Dogg, Ice Cube, Dr. Dre, Knoc-turn'al, Timbaland, Limp Bizkit, Alice Cooper, Game, 50 Cent and Within Temptation, as well as being one of the first rappers to work internationally, collaborating with overseas acts such as Russian rapper Timati, Raptile from Germany, Bliss N Eso from Australia and Adil Omar from Pakistan.
In June 2007, Xzibit left the Rove Live studios in Australia before a scheduled appearance. Media outlets reported that it was due to Xzibit not being given stand-alone billing on the program, even though he had not even been booked in advance. According to Xzibit, he walked off the set after taking offense to comments made by a Rove staffer, who after informing Xzibit that his performance time would be shorter than the rapper might have liked, allegedly said: "You know, we came a long way just having you on the program." Xzibit took this as a racist remark, although the staffer claimed that they were merely referring to his status as a late booking.

In the Gumball 3000 2007 rally, Xzibit drove a black Lamborghini Gallardo. During the first day of the rally, Dutch police seized his driver's license for doing 160 km/h in a 100 km/h zone. After the penalty, his co-driver, producer Fredwreck Nassar took over the wheel and they were allowed to continue. In an interview with Dutch radio personality Reinout "Q-Bah" van Gendt, Xzibit says that he mistook the kilometers for miles (100 mph = 160 km/h). Ultimately, he never got his license back from the Dutch police and had to apply for a new one in the United States. Xzibit competed again in both the 2013 and 2014 Gumball 3000.