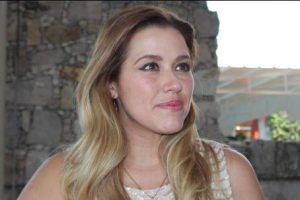 Yuliana is alive and kicking and is currently 41 years old.
Please ignore rumors and hoaxes.
If you have any unfortunate news that this page should be update with, please let us know using this .

Yuliana Peniche (born Yuliana Peniche Hernandez Huici on August 29, 1981 in Mexico City, Distrito Federal, Mexico) is a Mexican actress. She has participated in various soap operas; she started when she was a little girl in "Madres Egoistas" (1991) as Carmen. Then, she starred in "Alondra", "Maria la del Barrio", "Salome", "Nina amada mia", "Velo de novia II", and, in 2005, in the TV series "Bajo el mismo techo" sharing with Laura Flores, Imanol Landeta, and Jose Elias Moreno, and recently, (2007), she starred in "Destilando Amor" as Margarita, the best friend of "Gaviota" (Angelica Rivera) and the receptionist of the "Montalvo Company."