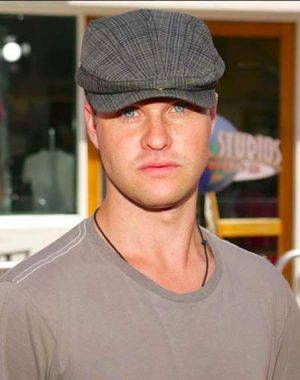 Zachery is alive and kicking and is currently 40 years old.
Please ignore rumors and hoaxes.
If you have any unfortunate news that this page should be update with, please let us know using this .

Does Zachery Ty Bryan Have the coronavirus?

Zachery Ty Bryan is an American actor and producer best known for his role as Brad Taylor on the American sitcom Home Improvement.
In 2007, he married Carly Matros, whom he met while attending La Cañada Junior High School. He is the father of three daughters, including a set of twins born in 2014. On March 18, 2019, Bryan announced the birth of their son, Pierce Alexander Bryan.

Before he starred in Home Improvement, he appeared in local print and television advertising in Denver. He then appeared at a showcase in New York City, directed by Peter Sklar, where he was seen by a professional talent representative. This, and his interest in acting soon brought him to California, where he was cast in the role of Brad, the oldest Taylor child, in the show Home Improvement. His character was known for experimenting with different hair styles as well as being the child most often in trouble. He is one month younger than Jonathan Taylor Thomas, who played his younger brother Randy on the show.
In the middle of Home Improvement Bryan made an appearance as Steve on The Fresh Prince of Bel-Air in 1995. After Home Improvement ended, Bryan made brief appearances in many other television shows including (2002) Buffy the Vampire Slayer as Peter Nicols, (2005) Veronica Mars as Caz Truman, and (2006) Shark as Scott Natterson, as well as a guest appearance on an episode of Reading Rainbow. Additionally, he made a cameo appearance on MTV's "I Bet You Will" in which he portrayed himself and competed in a challenge where he wrestled female convicted felons. In 2001, he portrayed an ice hockey player in an episode of Touched by an Angel.
He also appeared on Smallville in 2003 where he played Eric Marsh, a high school baseball player using steroids made from meteor rock. He was the second Home Improvement alum to make a guest appearance on the show after Jonathan Taylor Thomas. In 2005, Bryan appeared as Bryan Nolan in ESPN's TV movie Code Breakers. Bryan also guest starred in Cold Case (as the young murderer in the flashback scenes) and in 2008 as a young man hiring a hitman to kill his stepmother on the show Burn Notice.