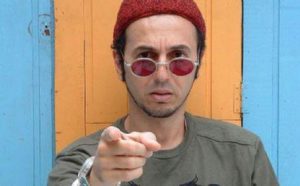 Zeca is alive and kicking and is currently 56 years old.
Please ignore rumors and hoaxes.
If you have any unfortunate news that this page should be update with, please let us know using this .

Zeca Baleiro (born 11 April 1966) is a Brazilian MPB artist. One of his most famous songs is "Salão de Beleza", which was featured on Putumayo World Music's Reggae Around the World compilation. Along with being a solo artist, he has also worked with guitarist Pedro Joia.