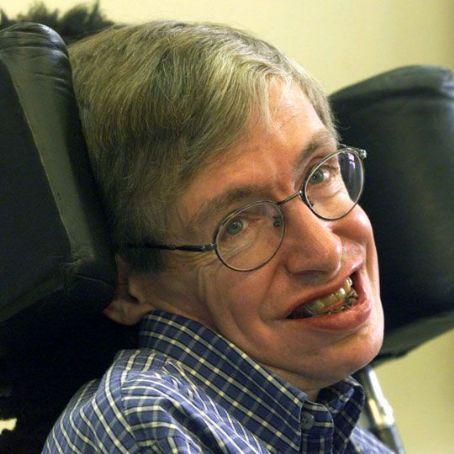 Stephen passed away on March 14, 2018 at the age of 76 in Cambridge, United Kingdom. Stephen's cause of death was amyotrophic lateral sclerosis (ALS).

Stephen William Hawking (1942 - 2018) was the former Lucasian Professor of Mathematics at the University of Cambridge and author of A Brief History of Time which is an international bestseller. He was the Dennis Stanton Avery and Sally Tsui Wong-Avery Director of Research at the Department of Applied Mathematics and Theoretical Physics and Founder of the Centre for Theoretical Cosmology at Cambridge, his other books for the general reader include A Briefer History of Time, the essay collection Black Holes and Baby Universe and The Universe in a Nutshell.
In 1963, Hawking contracted motor neurone disease and was given two years to live. Yet he went on to Cambridge to become a brilliant researcher and Professorial Fellow at Gonville and Caius College. From 1979 to 2009 he held the post of Lucasian Professor at Cambridge, the chair held by Isaac Newton in 1663. Professor Hawking received over a dozen honorary degrees and was awarded the CBE in 1982. He was a fellow of the Royal Society and a member of the US National Academy of Science. Stephen Hawking is regarded as one of the most brilliant theoretical physicists since Einstein.

Hawking died in his home in Cambridge, England, early in the morning of 14 March 2018, at the age of 76. His family stated that he "died peacefully". He was eulogised by figures in science, entertainment, politics, and other areas. The Gonville and Caius College flag flew at half-mast and a book of condolences was signed by students and visitors. A tribute was made to Hawking in the closing speech by IPC President Andrew Parsons at the closing ceremony of the 2018 Paralympic Winter Games in Pyeongchang, South Korea. Hawking's final broadcast interview, about the detection of gravitational waves resulting from the collision of two neutron stars, occurred in October 2017. His final words to the world appear posthumously, in April 2018, in the form of a Smithsonian TV Channel documentary entitled, "Leaving Earth: Or How to Colonize a Planet".
Hawking was born on the 300th anniversary of Galileo's death and died on the 139th anniversary of Einstein's birth. His private funeral took place at 2 pm on the afternoon of 31 March 2018, at Great St Mary's Church, Cambridge. Guests at the funeral included Eddie Redmayne and Felicity Jones. Following his cremation, his ashes will be interred in Westminster Abbey on 15 June 2018 during a Thanksgiving service. His ashes will be interred in the Abbey's nave, next to the grave of Sir Isaac Newton and near that of Charles Darwin. He directed at least fifteen years before his death that the Bekenstein–Hawking entropy equation be his epitaph.