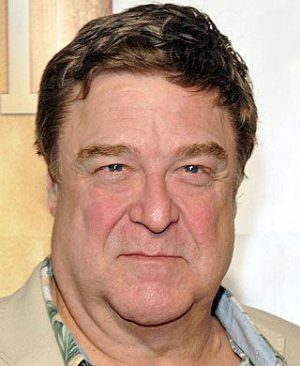 John is alive and kicking and is currently 70 years old.
Please ignore rumors and hoaxes.
If you have any unfortunate news that this page should be update with, please let us know using this .

Does John Goodman Have the coronavirus?

John Stephen Goodman is an American actor. Early in his career, he was best known for playing Dan Conner on the ABC TV series Roseanne, for which he won a Golden Globe Award for Best Actor in 1993. He is also a regular collaborator with the Coen brothers on such films as Raising Arizona (1987), Barton Fink (1991), The Big Lebowski (1998), O Brother, Where Art Thou? (2000), and Inside Llewyn Davis (2013). Goodman's voice roles in animated films include Pacha in Disney's The Emperor's New Groove (2000), and Sulley in Pixar's Monsters, Inc. (2001) and Monsters University (2013).
In 2010, Goodman appeared in a commercial to raise awareness for the Deepwater Horizon oil spill. Also starring in the commercial were Sandra Bullock, Peyton Manning, Eli Manning, Jack Del Rio, Drew Brees, Emeril Lagasse, James Carville, and Blake Lively.

Goodman married Annabeth Hartzog in 1989. They are residents of the Garden District in New Orleans, Louisiana. Their daughter, Molly Evangeline Goodman, works as a production assistant in the film industry.
Goodman first worked with the Coen Brothers, Joel Coen and Ethan Coen, on Raising Arizona (1987). He would go on to appear in their films Barton Fink (1991), The Big Lebowski (1998), O Brother, Where Art Thou? (2000), and Inside Llewyn Davis (2013). Only Steve Buscemi has appeared in more Coen works (six films), though Frances McDormand and Jon Polito have also appeared in five of their films.