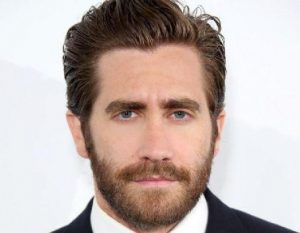 Jacob is alive and kicking and is currently 41 years old.
Please ignore rumors and hoaxes.
If you have any unfortunate news that this page should be update with, please let us know using this .

Does Jake Gyllenhaal Have the coronavirus?

Jake Gyllenhaal's father, Stephen Gyllenhaal, is still alive and kicking at the age of 72. He is American and has had a career as a director.

Jake Gyllenhaal's mother, Naomi Foner, is still alive and kicking at the age of 76. She is American and has had a career as a screenwriter.

Jacob Benjamin "Jake" Gyllenhaal is an American actor. A member of the Gyllenhaal family and the son of director Stephen Gyllenhaal and screenwriter Naomi Foner, Gyllenhaal began acting as a child with a screen debut in City Slickers, followed by roles in A Dangerous Woman (1993) and Homegrown (1998). His breakthrough performance was as Homer Hickam in October Sky (1999) and he garnered an Independent Spirit Award nomination for Best Male Lead for playing the title character in the indie cult hit Donnie Darko (2001), in which he played a psychologically troubled teenager alongside his older sister, Maggie Gyllenhaal. He subsequently appeared in another indie film, The Good Girl (2002) and the climate fiction-disaster film The Day After Tomorrow (2004), portraying a student caught in a cataclysmic climate event.
Gyllenhaal was born in Los Angeles, California, the son of film producer and screenwriter Naomi Foner (née Achs) and film director Stephen Gyllenhaal. Actress Maggie Gyllenhaal, his older sister, appeared with him in the film Donnie Darko. Gyllenhaal's father, who was raised as a Swedenborgian, is of Swedish and English descent, and is a descendant of the Swedish noble Gyllenhaal family.

Gyllenhaal dated actress Kirsten Dunst for nearly two years, starting in 2002. He later dated his Rendition co-star Reese Witherspoon from about 2007 to 2009. He dated singer-songwriter Taylor Swift from October 2010 until March 2011, and model Alyssa Miller from July to December 2013.