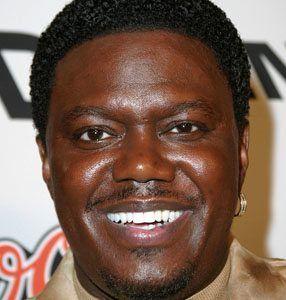 Bernie passed away on August 9, 2008 at the age of 50 in Chicago, Illinois, United States. Bernie's cause of death was complications due to pneumonia.

Bernard Jeffrey McCollough was born in Chicago in 1957. He grew up in Chicago, in a rougher neighborhood than most others, with a large family living under one roof. This situation provided him with a great insight into his comedy, as his family, and the situations surrounding them would be what dominated his comedy. Mac worked in the Regal Theater, and performed in Chicago parks in his younger days. He became a professional comedian in 1977, at the age of 19. He refused to change his image for television and films, and therefore was not very well known for most of the eighties. In 1992 he made his film debut with a small part with Mo' Money (1992). This started a plethora of small parts in a string of movies, mostly comedies, including Who's the Man? (1993), House Party 3 (1994) and The Walking Dead (1995). 1995 proved to be a turning point in his career. He did an HBO Special called Midnight Mac (1995), and took a part as Pastor Clever in the Chris Tucker comedy Friday (1995). Bernie Mac developed a cult following due to the movie and had many small parts since. In 1996 he starred in the memorable Spike Lee movie Get on the Bus (1996), and was very funny in Don't Be a Menace to South Central While Drinking Your Juice in the Hood (1996). About this time he had a recurring role in the TV series Moesha (1996). Bernie Mac's star was slowly rising from this point. His next couple of movie parts were more substantial, including How to Be a Player (1997) and The Players Club (1998). In 1999 Bernie Mac got his most high profile part up to that point in the film Life (1999) starring Eddie Murphy.
Besides his work in film and television Mac also authored two books, 2001's I Ain't Scared of You: Bernie Mac on How Life Is and his 2003 memoir, Maybe You Never Cry Again. The latter described Mac's impoverished childhood, strict upbringing and his mother's belief in him.

In 1977 at age 19, Mac married his high school sweetheart, Rhonda, whom he credits with much of his success, particularly as the young couple struggled through the early years of Mac's fledgling career. They had a daughter, Je'Niece, and a granddaughter.
On August 9, 2008, Mac died of pneumonia. More than 6,000 people attended a memorial service for Mac at the House of Hope Church on Chicago's South Side.