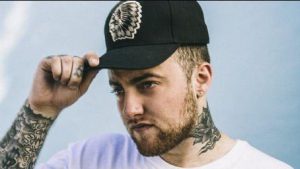 Malcolm passed away on September 7, 2018 at the age of 26 in San Fernando Valley, California, United States. Malcolm's cause of death was drug overdose.

Malcolm James McCormick, best known by his stage name Mac Miller, is an American rapper. He is also a noted record producer under the pseudonym Larry Fisherman. Miller is also known for taking on multiple alter-egos, under the aliases Delusional Thomas, Larry Lovestein and The Velvet Revival, respectively.
In early 2013, Miller launched REMember Music, his own record label imprint, named after a friend who died. Miller's second album, Watching Movies with the Sound Off, was released on June 18, 2013. In January 2014, Miller announced he was no longer signed to Rostrum Records. In October 2014, it was reported Miller signed a record deal for him and his label REMember, with Warner Bros. Records.

Miller has said that he became addicted to a combination of promethazine and codeine known as "purple drank" or "lean" which he began taking to manage the stress he was enduring during his Macadelic Tour in 2012. In January 2013, Miller told Complex: "I love lean; it’s great. I was not happy and I was on lean very heavy. I was so fucked up all the time it was bad. My friends couldn’t even look at me the same. I was lost." At the time of Miller's addiction, his childhood friend, Jimmy Murton, said: "I saw him in that mentality I remember being in—you’re getting fucked up because you feel like you need to. You’re trying to get away from everything. For how much he was drinking, it’s unbelievable that he stopped. It’s definitely one of the most impressive things he’s ever done." Miller quit taking promethazine in November 2012, before he started the shooting of his reality show, Mac Miller and the Most Dope Family.
Miller was in a long term relationship with a woman he met in middle school for four years until April 2013. Many of the songs on his mixtape Macadelic were about their relationship. Miller dated Ariana Grande from August 2016 to May 2018.