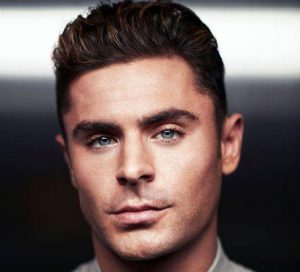 Zachary is alive and kicking and is currently 34 years old.
Please ignore rumors and hoaxes.
If you have any unfortunate news that this page should be update with, please let us know using this .

Does Zac Efron Have the coronavirus?

Zachary David Alexander Efron is an American actor and singer. He began acting professionally in the early 2000s, and rose to prominence in the late 2000s for his leading role in the High School Musical franchise. During this time, he also starred in the musical film Hairspray (2007) and the comedy film 17 Again (2009). He has since appeared in films like New Year's Eve (2011), The Lucky One (2012), Neighbors (2014), Dirty Grandpa (2016), and Neighbors 2: Sorority Rising (2016).
People magazine reported in 2007 that Efron and Vanessa Hudgens began dating in 2005 during the filming of High School Musical, although Us magazine reported, after the two broke up in December 2010, that they "met in 2005 while making the first High School Musical flick, and became a romantic item about two years later." Efron began a romantic relationship with model and entrepreneur Sami Miró in September 2014. The couple split in April 2016.

Efron was on the Forbes Celebrity 100 list in 2008 at number 92, with estimated earnings of $5.8 million from June 2007 to June 2008. In April 2009, his personal wealth equaled about $10 million. In May 2015, Efron's net worth was $18 million.
Efron sought treatment in early 2013 after struggling with alcoholism and substance abuse. He has been sober since June 2013. In November 2013, Efron had to have his jaw wired shut after breaking it in a fall at home. In March 2014, Efron engaged in a fight with a homeless man in Skid Row. Law enforcement officials did not make any arrests because they viewed it as mutual combat.