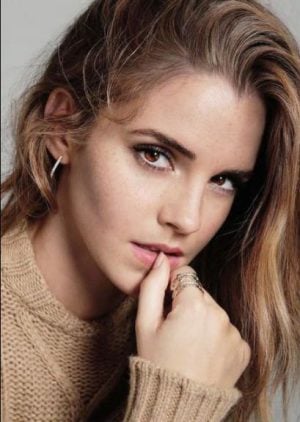 Emma is alive and kicking and is currently 32 years old.
Please ignore rumors and hoaxes.
If you have any unfortunate news that this page should be update with, please let us know using this .

Does Emma Watson Have the coronavirus?

Emma Watson's father, Chris Watson, is still alive and kicking at the age of 70. He is British and has had a career as a musician.

Emma Watson is best known for playing the character of Hermione Granger, one of Harry Potter's best friends in the 'Harry Potter' film franchise. Emma Watson was born on April 15, 1990, in Paris, France, but raised in England. The actress got her breakthrough role as a child in the hugely successful Harry Potter film franchise. Watson grew up on camera as she reprised her role as one of Harry Potter's best friends, Hermione Granger, throughout the entire course of the film series. After committing to the Harry Potter series for a decade, Watson has transitioned into a popular adult model and actress, having appeared in the popular films The Perks of Being a Wallflower, My Week with Marilyn and Beauty and the Beast.
Watson was born in Paris, France, the daughter of English lawyers Jacqueline Luesby and Chris Watson. Watson lived in Paris until the age of five. Her parents separated when she was young; following their divorce, Watson moved back to England to live with her mother in Oxfordshire while spending weekends at her father's house in London. Watson has stated that she speaks some French, though "not as well" as she used to. After moving to Oxford with her mother and brother, she attended the Dragon School in Oxford, remaining there until 2003. From the age of six, she wanted to become an actress, and trained at the Oxford branch of Stagecoach Theatre Arts, a part-time theatre school where she studied singing, dancing, and acting.

By the age of ten, Watson had performed in various Stagecoach productions and school plays, including Arthur: The Young Years and The Happy Prince, but she had never acted professionally before the Harry Potter series. Following the Dragon School, Watson moved on to Headington School. While on film sets, she and her peers were tutored for up to five hours a day. In June 2006, she took GCSE school examinations in ten subjects, achieving eight A* and two A grades.
While working on the film Noah, Watson was questioned about her faith, and she described herself as a spiritual Universalist.