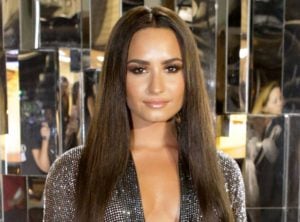 Demi is alive and kicking and is currently 29 years old.
Please ignore rumors and hoaxes.
If you have any unfortunate news that this page should be update with, please let us know using this .

Does Demi Lovato Have the coronavirus?

Demetria Devonne Lovato (/ləˈvɑːtoʊ/ lə-VAH-toh; born August 20, 1992) is an American singer, songwriter, and actress. After appearing on the children's television series Barney & Friends as a child, she received her breakthrough role as Mitchie Torres in the Disney Channel television film Camp Rock (2008) and its sequel Camp Rock 2: The Final Jam (2010).
Lovato was romantically linked to Camp Rock co-star Joe Jonas during her time as a Disney Channel star, but revealed years later that they only dated for "a month or two" in 2010. From 2010 to 2016, Lovato was in a relationship with actor Wilmer Valderrama. In the summer of 2016, Lovato began dating UFC mixed martial artist Luke Rockhold. They split in January 2017. She then dated another MMA fighter, Guilherme Vasconcelos, until May 2017.

Lovato had no interest in forging a relationship with her late father, Patrick, after his divorce from her mother. She has been vocal about her abusive and strained relationship with her father and once stated, "He was mean, but he wanted to be a good person. And he wanted to have his family, and when my mom married my stepdad, he still had this huge heart where he said, 'I'm so glad that [he's] taking care of you and doing the job that I wish I could do'." She has written multiple songs about him. Patrick died of cancer on June 22, 2013, at age 53. After his death, Lovato said that he had been mentally ill, and in his honor she created the Lovato Treatment Scholarship Program.
Lovato had suffered from depression, an eating disorder, self-harm, and being bullied before she went into rehab at the age of 18. On November 1, 2010, Lovato withdrew from the Jonas Brothers Live in Concert tour, entering a treatment facility for "physical and emotional issues". It was reported that she decided to enter treatment after punching female dancer Alex Welch; her management and family convinced her she needed help. Lovato said she took "100 percent, full responsibility" for the incident.
On January 28, 2011, Lovato completed inpatient treatment at Timberline Knolls and returned home. She acknowledged that she had had bulimia, had harmed herself, and had been "self-medicating" with drugs and alcohol "like a lot of teens do to numb their pain". She added that she "basically had a nervous breakdown" and was diagnosed with bipolar disorder during her treatment. Lovato later said that she had used cocaine several times a day and smuggled cocaine onto airplanes.
Lovato also stated that her drug and alcohol addictions caused her to not only nearly overdose several times, but later began to impact her ability to perform and promote her third studio album Unbroken, referencing a 2012 performance on the eleventh season of American Idol where she was severely hungover. After her management team had expressed their intentions to leave her, Lovato agreed to resume treatment and counseling for her addictions, leading to her move to a sober-living facility in Los Angeles with roommates and responsibilities to help her overcome her drug and alcohol problems.
On July 24, 2018, she was rushed to the Cedars-Sinai Medical Center in Los Angeles after emergency services were called to her home due to an opioid overdose. She was reported to be stable and recovering later in the day. Lovato was reported to have overdosed on oxycodone laced with fentanyl and was revived with naloxone. She was hospitalized for two weeks and subsequently entered an in-patient rehab facility.
In December 2018, Lovato took to Twitter to dismiss rumors about her overdose and went on to thank her fans, writing: "If I feel like the world needs to know something, I will tell them MYSELF. All my fans need to know is I'm working hard on myself, I'm happy and clean and I'm SO grateful for their support." She went on to add that some day she'll "tell the world what exactly happened, why it happened and what my life is like today.. but until I’m ready to share that with people please stop prying and making up shit that you know nothing about. I still need space and time to heal."