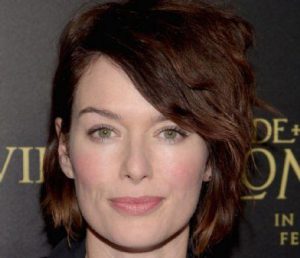 Lena is alive and kicking and is currently 48 years old.
Please ignore rumors and hoaxes.
If you have any unfortunate news that this page should be update with, please let us know using this .

Does Lena Headey Have the coronavirus?

Lena Headey is a British actress. She was born in Bermuda to parents from Yorkshire, England, where she was raised. She is the daughter John Headey, a police officer, and his wife Sue. Headey is best known for her role as "Cersei Lannister" in Game of Thrones (2011) (2011-present) and The Brothers Grimm (2005), Possession (2002), and The Remains of the Day (1993). Headey stars as "Queen Gorgo", a heroic Spartan woman in the period film, 300 (2006), by director Zack Snyder.
Headey was born in Hamilton, Bermuda, the daughter of Sue and John Headey. Her father, a Yorkshire police officer, was stationed there at the time. She has one younger brother, Tim. The family moved to Somerset when she was five, and then to Shelley, West Yorkshire, when Headey was 11. As a child, she took ballet lessons, before being told to stop.

Headey had her first experience of acting when she was a pupil at Shelley College; she was noticed at age 17, when performing in a school production at the Royal National Theatre, and was picked for a role in the 1992 film Waterland.
She married musician Peter Loughran in May 2007. Headey and Loughran have a son, Wylie Loughran, who was born on 31 March 2010. She has spoken about suffering from postnatal depression following Wylie's birth. Headey and Loughran separated in 2011, and she filed for divorce in the Los Angeles County Superior Court on 20 July 2012. The divorce was finalised on 26 December 2013.
She was linked to Game of Thrones co-star Jerome Flynn; however, the relationship reportedly ended badly some time before March 2014, resulting in the two being kept apart on set.
On 10 July 2015, she gave birth to her second child, a daughter named Teddy, with director Dan Cadan (her childhood friend, who also worked with Lena on his short film The Devil's Wedding). The pair is reportedly engaged with plans to marry in summer 2018.
Headey has been close friends with actress Piper Perabo since they starred together in the 2005 films The Cave and Imagine Me & You. Headey is also good friends with her Game of Thrones co-stars Pedro Pascal and Peter Dinklage, the latter of whom first suggested to producers on Game of Thrones that she be cast as Cersei Lannister.
Headey was a vegetarian; however, in a 2011 interview she stated she now eats meat again, albeit rarely.
Headey has a number of tattoos. Her tattoos include a large floral design on her back as well as a Pema Chödrön quote on her ribs. She told Esquire that "I love tattoos. I find it calming." Her tattoos often require covering when Headey works, although she has stated, "you can usually get away with it by keeping your clothes on."