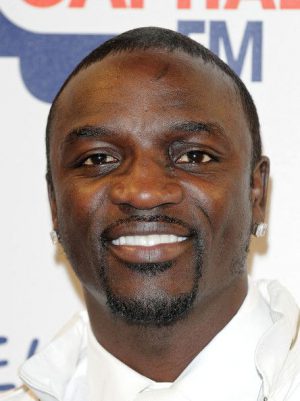 How Old Is Akon? Akon Birthday

Akon is alive and kicking and is currently 49 years old.
Please ignore rumors and hoaxes.
If you have any unfortunate news that this page should be update with, please let us know using this .

Does Akon Have the coronavirus?

Senegalese-American singer Akon was born Aliaume Thiam in St. Louis, Missouri, on April 16, 1973. He lived in Senegal, West Africa, as a child and attended high school in the United States.
He has released several hit albums that combine his R&B-style vocals with hip-hop beats, and he has collaborated with many other musicians, including Snoop Dogg, Gwen Stefani, Lionel Richie and Michael Jackson. He has also faced controversy because of his exaggerated criminal history and his occasional provocative behavior on stage.

Akon is Muslim. Akon claims that he has six children with three different women in an interview with Blender, all of whom he has great relationships with. He says he wishes to keep his family protected from the public eye.
In 2010, Buddhist groups in Sri Lanka vehemently protested a planned concert by Akon, claiming his music video with Guetta for "Sexy Chick" insulted Buddhism because of the Buddha statue that can be seen several times in the background. Considering the allegations against Akon, the Sri Lankan Government decided not to issue him a visa to enter into Sri Lanka.