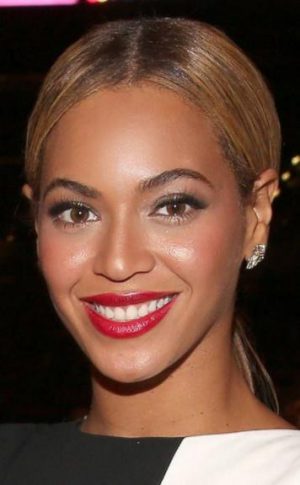 Beyonce is alive and kicking and is currently 40 years old.
Please ignore rumors and hoaxes.
If you have any unfortunate news that this page should be update with, please let us know using this .

Does Beyonce Knowles Have the coronavirus?

Beyonce Knowles's father, Mathew Knowles, is still alive and kicking at the age of 71.

Beyoncé Knowles is a multi-platinum, Grammy Award-winning recording artist who's acclaimed for her thrilling vocals, videos and live shows. Born in Houston, Texas, Beyoncé Knowles first captured the public's eye as lead vocalist of the R&B group Destiny's Child. She later established a solo career with her debut album Dangerously in Love, becoming one of music's top-selling artists with sold-out tours and a slew of awards. Knowles has also starred in several films, including Dream Girls. She married hip-hop recording artist Jay-Z in 2008. In late 2013, she surprised audiences by releasing her fifth studio album, self-titled Beyoncé, and has twice performed at the Super Bowl. In April 2016, she released her sixth studio album, Lemonade, after the airing of an HBO special.
Beyoncé started a relationship with Jay-Z after their collaboration on "'03 Bonnie & Clyde", which appeared on his seventh album The Blueprint 2: The Gift & The Curse (2002). Beyoncé appeared as Jay-Z's girlfriend in the music video for the song, fuelling speculation about their relationship. On April 4, 2008, Beyoncé and Jay-Z married without publicity. As of April 2014, the couple had sold a combined 300 million records together. They are known for their private relationship, although they have appeared to become more relaxed in recent years.

Beyoncé suffered a miscarriage around 2010 or 2011, describing it as "the saddest thing" she had ever endured. She returned to the studio and wrote music in order to cope with the loss. In April 2011, Beyoncé and Jay-Z traveled to Paris in order to shoot the album cover for 4, and unexpectedly became pregnant in Paris. In August, the couple attended the 2011 MTV Video Music Awards, at which Beyoncé performed "Love on Top" and ended the performance by revealing she was pregnant. Her appearance helped that year's MTV Video Music Awards become the most-watched broadcast in MTV history, pulling in 12.4 million viewers; the announcement was listed in Guinness World Records for "most tweets per second recorded for a single event" on Twitter, receiving 8,868 tweets per second and "Beyonce pregnant" was the most Googled term the week of August 29, 2011. On January 7, 2012, Beyoncé gave birth to a daughter, Blue Ivy Carter, at Lenox Hill Hospital in New York City.
On February 1, 2017 she revealed on her Instagram account that she was expecting twins. Her announcement gained 6,335,571 "likes" within eight hours, breaking the world record for the most liked image on the website at the time. On July 13, 2017, Beyoncé uploaded the first image of herself and the twins onto her Instagram account, confirming their birth date as a month prior, on June 13, 2017 and the names Rumi and Sir Carter. The twins were born at Ronald Reagan UCLA Medical Center in California. Rumi, the daughter, was born before Sir, the son.