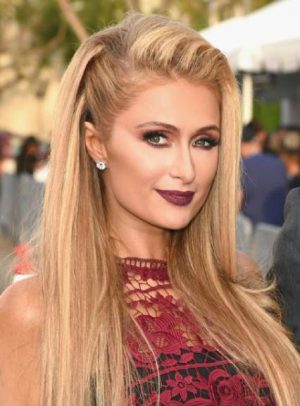 Paris is alive and kicking and is currently 41 years old.
Please ignore rumors and hoaxes.
If you have any unfortunate news that this page should be update with, please let us know using this .

Does Paris Hilton Have the coronavirus?

Paris Hilton's father, Richard Howard Hilton, is still alive and kicking at the age of 66. He is American and has had a career as a entrepreneur and hotelier.

Paris Whitney Hilton is an American socialite, television personality, model, actress, singer, DJ, businesswoman, and author. She is the great-granddaughter of Conrad Hilton, the founder of Hilton Hotels. Born in New York City and raised there and in Beverly Hills, California, Hilton began her modeling career as a teenager when she signed with Donald Trump's agency, Trump Model Management. Her lifestyle and rumored short-lived relationships made her a feature of entertainment news, and Hilton was proclaimed "New York's leading It Girl" in 2001. In 2003, a sex tape with Hilton and her then-boyfriend Rick Salomon, later released as 1 Night in Paris, was made public. Released only three weeks before the premiere of the reality television series The Simple Life, in which she starred alongside her long-time friend Nicole Richie, the sex tape became a media sensation. The Simple Life continued for five seasons and gave both women international recognition.
Throughout her life, Hilton's personal life, and especially her extensive list of relationships and romantic associations with other high-profile figures, has drawn a large amount of media attention and public disapproval. In 2000, for instance, the then-19-year-old rose tabloids' attention when she and Leonardo DiCaprio were seen together on the NYC late-night circuit. That led to Hilton adamantly deny to Vanity Fair, in one of her first magazine profiles, that they were involved. She dated actor Edward Furlong in 2000, and poker player Rick Salomon, with whom she filmed her sex tape, circa early 2000s. She was engaged to fashion model Jason Shaw from 2002 to 2003. They have reportedly remained friends since their split. She had a seven-month relationship with singer Nick Carter in 2004; Carter opened up about their relationship in his 2013 autobiography. "Paris was the worst person in the world for me to hook up with," he wrote. "[She] fed my worst impulses as far as partying."

Hilton started dating Greek shipping heir Paris Latsis in December 2004, and both became engaged seven months later. In November 2005, however, they called the impending nuptials off. She next had a relationship with another Greek heir, Stavros Nicharos, who she dated on and off until March 2007. Hilton dated Good Charlotte guitarist Benji Madden for nine months, until November 2008. An on and off relationship with The Hills star Doug Reinhardt followed, but they broke up definitely in April 2010, when she became concerned that he was using her to further his career. She would next date Las Vegas nightclub owner Cy Waits until June 2011. She had a relationship with Spanish model River Viiperi between 2012 and 2014, and dated businessman Thomas Gross between 2015 and April 2016.
Actor Chris Zylka proposed to her with a ring worth US$2 million in January 2018, during a vacation in Aspen, after one year of dating. They called off their engagement in November 2018.