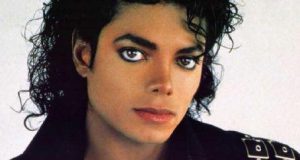 Michael passed away on June 25, 2009 at the age of 50 in Holmby Hills, Los Angeles, California, United States. Michael's cause of death was acute propofol and benzodiazepine intoxication after suffering cardiac arrest.

Michael Jackson enjoyed a chart-topping career both with the Jackson 5 and as a solo artist. He released the best-selling album in history, 'Thriller,' in 1982. Known as the "King of Pop," Michael Joseph Jackson (August 29, 1958 to June 25, 2009) was a best-selling American singer, songwriter and dancer. As a child, Jackson became the lead singer of his family's popular Motown group, the Jackson 5. He went on to a solo career of astonishing worldwide success, delivering No. 1 hits from the albums Off the Wall, Thriller and Bad. In his later years, Jackson was dogged by allegations of child molestation. He died of a drug overdose just before launching a comeback tour in 2009.
On June 25, 2009, Jackson stopped breathing while attempting to sleep under the care of Conrad Murray, his personal physician. Murray had reportedly given Jackson an array of medications in an attempt to help him sleep at his rented mansion in Holmby Hills, Los Angeles. Attempts at resuscitating Jackson were unsuccessful. Los Angeles Fire Department paramedics received a 911 call at 12:22 pm (PDT, 19:22 UTC), arriving three minutes later. Jackson was reportedly not breathing and CPR was performed. Resuscitation efforts continued en route to Ronald Reagan UCLA Medical Center, and for more than an hour after arriving there at 1:13 pm (20:13 UTC). He was pronounced dead at 2:26 pm Pacific time (21:26 UTC).

Jackson's death triggered a global outpouring of grief. The news spread quickly online, causing websites to slow down and crash from user overload, and putting unprecedented strain on services and websites including Google, AOL Instant Messenger, Twitter, and Wikipedia. Overall, web traffic ranged from 11% to at least 20% higher than normal. MTV and BET aired marathons of Jackson's music videos. Jackson specials aired on television stations around the world. MTV briefly returned to its original music video format, airing hours of Jackson's music videos, accompanied by live news specials featuring reactions from MTV personalities and other celebrities.
Jackson's memorial was held on July 7, 2009 at the Staples Center in Los Angeles, preceded by a private family service at Forest Lawn Memorial Park's Hall of Liberty. Tickets to the memorial were distributed via lottery; over 1.6 million fans applied for tickets during the two-day application period. 8,750 names were drawn at random, and each recipient received two tickets. Jackson's casket was present during the memorial but no information was released about the final disposition of the body. The memorial service was one of the most watched events in streaming history, with an estimated U.S. audience of 31.1 million, an amount comparable to the estimated 35.1 million that watched the 2004 burial of former president Ronald Reagan and the estimated 33.1 million Americans who watched the 1997 funeral for Princess Diana.
Mariah Carey, Stevie Wonder, Lionel Richie, John Mayer, Jennifer Hudson, Usher, Jermaine Jackson, and Shaheen Jafargholi performed at the event. Berry Gordy and Smokey Robinson gave eulogies, while Queen Latifah read "We Had Him", a poem written for the occasion by Maya Angelou. The Reverend Al Sharpton received a standing ovation with cheers when he told Jackson's children: "Wasn't nothing strange about your daddy. It was strange what your daddy had to deal with. But he dealt with it anyway." Jackson's 11-year-old daughter Paris Katherine, speaking publicly for the first time, wept as she told the crowd: "Ever since I was born, Daddy has been the best father you could ever imagine ... I just wanted to say I love him ... so much." Reverend Lucious Smith provided a closing prayer.
At the time of death, Jackson had been administered propofol, lorazepam, and midazolam, and the Los Angeles coroner decided to treat the death as a homicide. Law enforcement officials conducted a manslaughter investigation of his personal physician Conrad Murray, and charged him with involuntary manslaughter in Los Angeles on February 8, 2010. Jackson's body was entombed on September 3, 2009, at Forest Lawn Memorial Park in Glendale, California.
Portrait and other tributes, including mural and messages from 650 Spanish fans, letters, pictures, teddy bears, and flowers. Tribute of fans from all over the world in the Forest Lawn Memorial Park on the first anniversary of his death On June 25, 2010, the first anniversary of Jackson's death, fans traveled to Los Angeles to pay tribute. They visited Jackson's star on the Hollywood Walk of Fame, his family home, and Forest Lawn Memorial Park. Many carried sunflowers and other tributes to leave at the sites. Members of the Jackson family and close friends arrived to pay their respects. Katherine returned to Gary, Indiana to unveil a granite monument constructed in the front yard of the family home. The memorial continued with a candlelight vigil and a special performance of "We Are the World".
On June 26, fans marched in front of the Los Angeles Police Department's Robbery-Homicide Division at the old Parker Center building, and assembled a petition with thousands of signatures, demanding justice in the homicide investigation. The Jackson Family Foundation, in conjunction with Voiceplate, presented "Forever Michael", an event bringing together Jackson family members, celebrities, fans, supporters and the community to celebrate and honor his legacy. A portion of the proceeds were presented to some of Jackson's favorite charities.