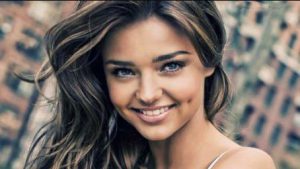 Miranda is alive and kicking and is currently 39 years old.
Please ignore rumors and hoaxes.
If you have any unfortunate news that this page should be update with, please let us know using this .

Does Miranda Kerr Have the coronavirus?

Miranda May Kerr was born in Sydney and raised in the small town of Gunnedah to John and Therese Kerr. Kerr's paternal grandmother lived on a farm, where she "raced motorbikes and rode horses." Her parents later moved the family to Brisbane when she and her younger brother Matthew were teenagers. Kerr began modeling for various clothing brands, runways, and print advertisements. Mostly notably, the companies she has worked for include Dolly, Tigerlily, Roxy, Billabong Girls, One Teaspoon, Victoria's Secret, Qantas, Maybelline, Vogue, and Marie Claire. Kerr relocated to New York City in 2004.
In 2003, Kerr dated finance broker Adrian Camilleri. Following an Australian Securities and Investments Commission investigation, Camilleri was found guilty on five counts of fraudulent behaviour from February 2003 to February 2004. A 2007 newspaper report claims that Kerr suffered financially "after taking her boyfriend's financial advice" but chose not to take legal action.

From 2003 to mid-2007, Kerr dated Jay Lyon (Brent Tuhtan), the lead singer of the band Tamarama. Kerr starred in Tamarama's video clip for "Everything To Me".
Kerr began dating English actor Orlando Bloom in late 2007. In 2009, a gang of thieves known as the Bling Ring broke into Bloom's home. The group stole luxury brand clothing and jewelery. In this case, the ringleader allegedly wanted Kerr's Victoria's Secret lingerie. Kerr and Bloom announced their engagement in June 2010, and they were married the following month. Kerr gave birth to their son, Flynn Christopher Blanchard Copeland Bloom, on 6 January 2011. In October 2013, Kerr and Bloom announced that they had separated several months earlier, and intend to end their marriage. The divorce was official by the end of 2013.
In 2014, during an interview with GQ Kerr discussed bisexuality. "I appreciate both men and women. I love the female body and truly appreciate the female form. I want to explore. Never say never!"
In 2015, Kerr began dating billionaire Snapchat co-founder/CEO Evan Spiegel. In July 2016, Kerr announced her engagement to Spiegel, and they married in May 2017. Kerr wore a custom Dior wedding dress designed by Maria Grazia Chiuri that was inspired by Grace Kelly. In November 2017, Kerr announced she is expecting her second child and first child with Spiegel. On 7 May 2018, Kerr gave birth to a son named Hart Spiegel.