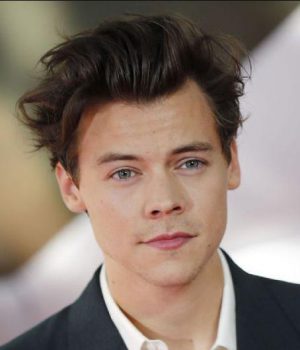 Harry is alive and kicking and is currently 28 years old.
Please ignore rumors and hoaxes.
If you have any unfortunate news that this page should be update with, please let us know using this .

Does Harry Styles Have the coronavirus?

Harry Edward Styles is an English singer and songwriter. He is known as a member of the pop boy band One Direction. He made his debut as a singer with his band White Eskimo, who performed locally in Holmes Chapel, Cheshire. In 2010, Styles auditioned as a solo artist for the British television series The X Factor. Styles later signed with Columbia Records as a solo artist. His debut single, "Sign of the Times", was released in 2017. Its music video earned him a Brit Award. His self-titled debut album was released the same year, topping the UK and US charts. Styles made his film debut in Christopher Nolan's war film Dunkirk (2017).
Styles was in a relationship with The Xtra Factor presenter Caroline Flack from November 2011 to January 2012, which caused controversy and criticism over their 14-year age gap. Styles also dated American singer Taylor Swift in late 2012. Styles has dozens of tattoos and had the words "Late Late" tattooed onto his arm during an appearance on The Late Late Show with James Corden in 2015. In May 2018, Styles was named third on the Sunday Times Rich List of musicians in the UK under 30, with an estimated net worth of £50 million. Styles has invested in the mindfulness app Calm, which provides guided meditations to users.

Styles' music contain elements of soft rock, pop, folk, rock, and Britpop. Rolling Stone described his music style on his debut solo album as "intimately emotional Seventies soft-rock vibe". Time stated that on his debut album, Styles "synthesises influences from the last half-century of rock". The Straits Times described his music as "soft rock with an edge". Styles has cited country singer Shania Twain as his "main influence" both musically and in fashion. He has also cited Pink Floyd, The Beatles, The Rolling Stones, Fleetwood Mac, Harry Nilsson, Freddie Mercury, and Elvis Presley as being influences. Styles praised Nilsson's lyrics as being "honest, and so good, and I think it's because he's never trying to sound clever." Upon listening to Pink Floyd's 1973 album The Dark Side of the Moon as a child, he said he "couldn't really get it, but I just remember being like – this is really fucking cool."