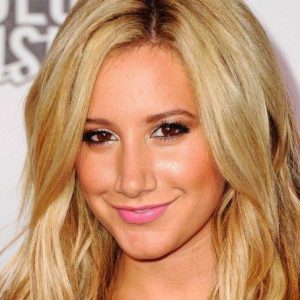 Ashley is alive and kicking and is currently 36 years old.
Please ignore rumors and hoaxes.
If you have any unfortunate news that this page should be update with, please let us know using this .

Does Ashley Tisdale Have the coronavirus?

Ashley Michelle Tisdale is an American actress, singer, and producer. During her childhood, she appeared in more than 100 TV advertisements and had roles in theatre and television shows. In 2004, she was cast as Maddie Fitzpatrick in Disney Channel's The Suite Life of Zack & Cody, and rose to prominence in 2006 as Sharpay Evans in the television film High School Musical. The High School Musical series included three films and the spin-off Sharpay's Fabulous Adventure. Tisdale's resultant popularity led her to sign a record deal with Warner Bros. Records in 2006.
Tisdale became engaged to singer Christopher French in 2013, having dated for over one year; the couple wed on September 8, 2014 in a small private ceremony held in Santa Barbara, California. In 2014, she promoted the U.S. launch of Lindt HELLO chocolates by producing an episode of the online series It Started with HELLO.

Her main acting influences are Jake Gyllenhaal, Johnny Depp, Robin Williams and Rebel Wilson. Tisdale claims that she would like to emulate Shia LaBeouf's career because "he did it so well" and that she is inspired by Wilson's ability to work simultaneously as a writer, producer and actress in ABC's Super Fun Night.
Tisdale is considered a sex symbol, ranking on Maxim's Hot 100 list of sexiest women and hottest celebrities in the 2008 list (at number 10), in 2013 (at number seven), and in 2014 (at number 33). She appeared on the cover of Maxim's May 2013 issue and was in the 2011 annual "nude issue" for Allure in May of that year. She told Allure that "being in this shoot was me saying, 'I'm not just the young girl everybody thinks I am. I'm actually a woman.'" Tisdale has become a popular and active figure in social media; she has attained more than thirteen million followers on Twitter and she has more than 22 million Likes on Facebook both as of July 2014. Her popularity on social media led her to appear for three weeks on Billboard's Social 50 chart, peaking at number 18, and to win the award for "Social Media Superstar" at the Young Hollywood Awards in 2014. She was also named the 45th most influential woman on Twitter by The Huffington Post in 2015.