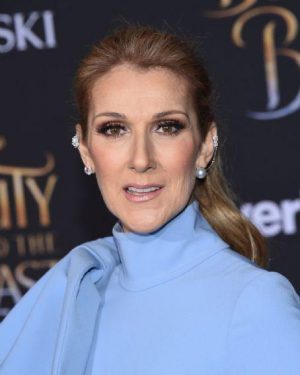 Celine is alive and kicking and is currently 54 years old.
Please ignore rumors and hoaxes.
If you have any unfortunate news that this page should be update with, please let us know using this .

Does Céline Dion Have the coronavirus?

Celine Dion, CC OQ is a Canadian singer and businesswoman. Born into a large family from Charlemagne, Quebec, Dion emerged as a teen star in the French-speaking world after her manager and future husband René Angélil mortgaged his home to finance her first record. Dion first gained international recognition in the 1980s by winning both the 1982 Yamaha World Popular Song Festival and the 1988 Eurovision Song Contest where she represented Switzerland. Following a series of French albums during the 1980s, she signed on to Epic Records in the United States. In 1990, Dion released her debut English-language album, Unison, establishing herself as a viable pop artist in North America and other English-speaking areas of the world.
Dion resides in Henderson, Nevada. Dion first met her husband and manager, René Angélil, in 1980, when she was 12 and he was 38, after her brother, Michel Dondalinger Dion, sent him a demonstration recording of "Ce n'était qu'un rêve" ("It Was Only a Dream/Nothing But A Dream"), a song she, her mother the former Thérèse Tanguay, and her brother Jacques Dion had jointly written and composed. Dion and Angélil began a relationship in 1987 and became engaged in 1991. They married on 17 December 1994, at Notre-Dame Basilica in Montreal, Quebec. On 5 January 2000, Dion and Angélil renewed their wedding vows in Las Vegas.

On 14 January 2016, Angélil died from complications of cancer. Two days later, Dion's brother, Daniel, died at age 59, also of cancer.
On 22 March 2018, Dion's management team announced that Dion had been dealing with hearing irregularities for the past 12–18 months due to Patulous Eustachian tube and would undergo a minimally invasive surgical procedure to correct the problem after ear-drop medications appeared to be no longer working.