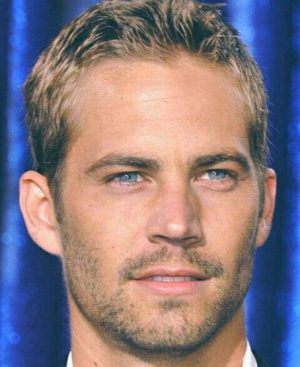 Paul passed away on November 30, 2013 at the age of 40 in Valencia, Santa Clarita, California, United States. Paul's cause of death was car accident.

Paul Walker's father, Paul Walker III, is still alive and kicking at the age of 76.

Paul Walker's mother, Cheryl Crabtree Walker, is still alive and kicking at the age of 68. She is American and has had a career as a fashion designer.

Paul William Walker IV was born in Glendale, California. He grew up together with his brothers, Caleb and Cody, and sisters, Ashlie and Amie. Their parents, Paul William Walker III, a sewer contractor, and Cheryl (Crabtree) Walker, a model, separated around September 2004. His grandfather, William Walker, was a Pearl Harbor survivor and a Navy middleweight boxing champion, while his maternal grandfather commanded a tank battalion in Italy under General Patton during World War II. Paul grew up active in sports like soccer and surfing. He had English and German ancestry.
On November 30, 2013, at about 3:30 p.m. PST, Walker and Roger Rodas, 38, left an event for Walker's charity Reach Out Worldwide for victims of Typhoon Haiyan (Yolanda), with Rodas driving his Porsche Carrera GT. In a 45 mph (72 km/h) speed zone on Hercules Street near Kelly Johnson Parkway in Valencia, Santa Clarita, California, the car crashed into a concrete lamp post and two trees and caught fire. Rodas died of multiple trauma while Walker died from the combined effects of trauma and burns. Both of their bodies were burned beyond recognition.

The curve where Walker and Rodas were killed is a popular spot for drifting cars. No alcohol or other drugs were found in either man's system, and neither mechanical failure nor road conditions appeared to play a role. Police found no evidence of drag racing. The investigation concluded that the car's speed – between 80 mph (130 km/h) and 93 mph (150 km/h) – and age of the tires were the primary reasons for the crash.
With Furious 7 in the middle of filming at the time of Walker's death, Universal announced an indeterminate hiatus on the production, citing a desire to speak with his family before determining what to do with the film.
Numerous friends and movie stars posted tributes to Walker on social media. His body was cremated and his ashes were buried in a non-denominational ceremony at Forest Lawn Memorial Park.
In December 2014, Walker's father, Paul III, filed a wrongful death claim against Rodas's estate seeking the return of, or "a proportionate share" of revenue generated by a group of automobiles that were jointly owned by both Walker and Rodas.
In September 2015, Walker's daughter Meadow filed a wrongful death lawsuit against Porsche for the death of her father, claiming that the Porsche Carrera GT had numerous design defects including a history of instability, and that its seat belt placement can cause harm upon impact. Porsche's response denied any wrongdoing and blamed Walker himself, stating: "The perils, risk, and danger were open and obvious and known to him, and he chose to conduct himself in a manner so as to expose himself to such perils, dangers, and risks, thus assuming all the risks involved in using the vehicle." In April 2016, U.S. District Court Judge Philip S. Gutierrez ruled in favor of Porsche in a separate lawsuit filed by Roger Rodas' widow, Kristine. The ruling had no bearing on two other cases against Porsche which have been filed by Walker's father, who is also the executor of the actor's estate, and his daughter. Walker's father and daughter both reached an agreement with Porsche.