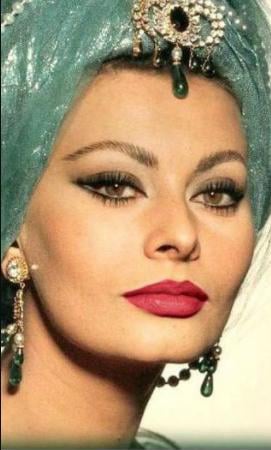 Sophia is alive and kicking and is currently 87 years old.
Please ignore rumors and hoaxes.
If you have any unfortunate news that this page should be update with, please let us know using this .

Does Sophia Loren Have the coronavirus?

Sofia Costanza Brigida Villani Scicolone, or Sophia Loren, Dama di Gran Croce OMRI is an Italian film actress and singer. Encouraged to enroll in acting lessons after entering a beauty pageant, Loren began her film career in 1950 at age 15. She appeared in several bit parts and minor roles in the early part of the decade, until her five-picture contract with Paramount in 1956 launched her international career. Notable film appearances around this time include The Pride and the Passion, Houseboat, and It Started in Naples.
Loren and Cary Grant co-starred in Houseboat (1958). Grant's wife Betsy Drake wrote the original script, and Grant originally intended that she would star with him. After he began an affair with Loren while filming The Pride and the Passion (1957), Grant arranged for Loren to take Drake's place with a rewritten script for which Drake did not receive credit. The affair ended in bitterness before The Pride and the Passion's filming ended, causing problems on the Houseboat set. Grant hoped to resume the relationship, but Loren agreed to marry Carlo Ponti, instead.

Loren first met Carlo Ponti Sr. in 1950, when she was 16 and he was 37. Though Ponti had been long separated from his first wife, Giuliana, he was not legally divorced when Loren married him by proxy (two male lawyers stood in for them) in Mexico on 17 September 1957. The couple had their marriage annulled in 1962 to escape bigamy charges, but continued to live together. In 1965, the couple became French citizens after their application was approved by then French President Georges Pompidou. Ponti then obtained a divorce from Giuliana in France, allowing him to marry Loren on 9 April 1966.
They had two children, Carlo Ponti Jr., born on 29 December 1968, and Edoardo Ponti, born on 6 January 1973. Loren's daughters-in-law are Sasha Alexander and Andrea Meszaros. Loren has four grandchildren. Loren remained married to Carlo Ponti until his death on 10 January 2007 of pulmonary complications.
In 1962, Loren's sister Maria married the youngest son of Benito Mussolini, Romano, with whom she had two daughters, Alessandra, a national conservative Italian politician, and Elisabetta.