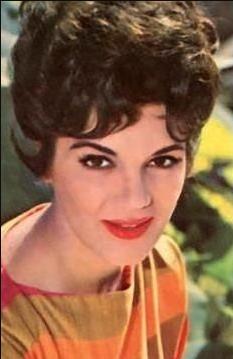 Connie is alive and kicking and is currently 83 years old.
Please ignore rumors and hoaxes.
If you have any unfortunate news that this page should be update with, please let us know using this .

Does Connie Francis Have the coronavirus?

Connie Francis is an American pop singer and the top-charting female vocalist of the late 1950s and early 1960s. Although her chart success waned in the second half of the 1960s, Francis remained a top concert draw. Despite several severe interruptions in her career, she is still active as a recording and performing artist.
Early in her career, Francis was introduced to Bobby Darin, then an up-and-coming singer and songwriter. Darin's manager arranged for him to help write several songs for her. Despite some disagreement about material, after several weeks Darin and Francis developed a romantic relationship. After a while, Darin had married actress Sandra Dee.

The success of "Connie Francis Sings Italian Favorites" in late 1959/early 1960 led Francis to become one of the first American artists to record in other languages regularly. She was to be followed by other major British and American recording stars including Wanda Jackson, Cliff Richard, Petula Clark, Brenda Lee, the Supremes, Peggy March, Pat Boone, Lesley Gore, the Beatles and Johnny Cash, among many others. In her autobiography, Francis mentioned that in the early years of her career, the language barrier in certain European countries made it difficult for her songs to get airplay, especially in Germany.