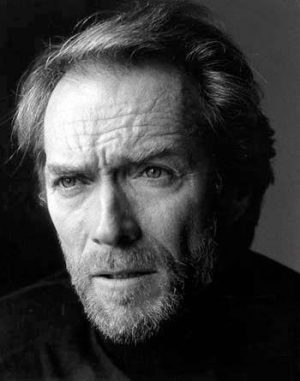 Clint is alive and kicking and is currently 91 years old.
Please ignore rumors and hoaxes.
If you have any unfortunate news that this page should be update with, please let us know using this .

Does Clint Eastwood Have the coronavirus?

Ruth's information is not available now.

Clinton "Clint" Eastwood, Jr. is an American actor, filmmaker, musician, and political figure. After earning success in the Western TV series Rawhide, he rose to international fame with his role as the Man with No Name in Sergio Leone's Dollars trilogy of spaghetti Westerns during the 1960s, and as antihero cop Harry Callahan in the five Dirty Harry films throughout the 1970s and 1980s. These roles, among others, have made Eastwood an enduring cultural icon of masculinity.
Eastwood has had numerous casual and serious relationships of varying length and intensity over his life. Between proposing to and marrying Maggie Johnson in 1953, he had an affair that allegedly resulted in a child who was given up for adoption. He continued having affairs while married to Johnson, including a 14 year long relationship with actress and stunt woman Roxanne Tunis that produced a daughter. Johnson reportedly tolerated an open marriage with Eastwood. Eastwood and Johnson were divorced and he continued seeing many other women.

In 1975, actress Sondra Locke began living with Eastwood. She took the relationship seriously and was extremely distraught when she discovered much later that Eastwood continued to have sexual relationships with other women. When they separated, Locke filed a palimony lawsuit. Eastwood had two children with stewardess Jacelyn Reeves in the 1980s. In the 1990s, Clint had a relationship with Frances Fisher which produced a daughter, Francesca Fisher, born 1993. He married for the second time to news anchor Dina Ruiz in 1996, which lasted until 2013. He has been seen with other women since then.
Despite smoking in some of his films, Eastwood has a lifelong distaste for tobacco and tobacco companies, has been conscious of his health and fitness since he was a teenager, and practices healthy eating and daily Transcendental Meditation.
He opened an old English-inspired pub called the Hog's Breath Inn in Carmel-by-the-Sea, California in 1971. Eastwood sold the pub and now owns the Mission Ranch Hotel and Restaurant in Carmel-by-the-Sea.
He is an avid golfer and owns the Tehàma Golf Club. He is an investor in the world-renowned Pebble Beach Golf Links west of Carmel and donates his time to charitable causes at major tournaments. Eastwood is a certified pilot and often flies his helicopter to the studios to avoid traffic.