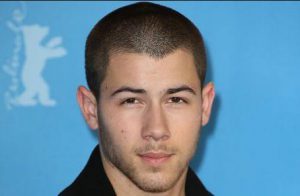 Nicholas is alive and kicking and is currently 29 years old.
Please ignore rumors and hoaxes.
If you have any unfortunate news that this page should be update with, please let us know using this .

Does Nick Jonas Have the coronavirus?

Nick Jonas's mother, Denise Jonas, is still alive and kicking at the age of 55. She is American and has had a career as a tv personality.

Nicholas Jerry "Nick" Jonas is an American singer, songwriter, and actor. Jonas began acting in theater at the age of seven, and released his debut single in 2002. He released his eponymous debut album in 2004 to little success, though it did catch the attention of Columbia Records. Jonas opted to form a band with his older brothers, Joe and Kevin, known as the Jonas Brothers. The group released their debut studio album It's About Time through Columbia Records.
In 2017, Jonas appeared in the blockbuster hit Jumanji: Welcome To The Jungle alongside Dwayne Johnson, Jack Black and Kevin Hart which was the 5th highest grossing movie in 2017. Jonas also co-wrote the original song “Home” for the movie Ferdinand that was nominated for a 2018 Golden Globe in the category of “Best Original Song.” In December 2018, Jonas married Indian actress Priyanka Chopra.

He proposed to Indian actress Priyanka Chopra in London on her birthday on July 18, 2018, and the couple celebrated their engagement in Mumbai on August 18, 2018. On December 1, he married Chopra at Umaid Bhawan Palace in Jodhpur, India.
Nick is also a member of the National Youth Leadership Committee for the Ronald Reagan Centennial Celebration, along with Jordin Sparks, Genevieve Ryan, and Brodi Conover.