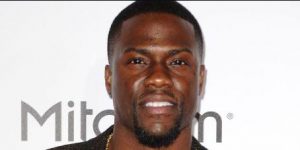 Kevin is alive and kicking and is currently 43 years old.
Please ignore rumors and hoaxes.
If you have any unfortunate news that this page should be update with, please let us know using this .

Kevin Darnell Hart (born July 6, 1979) is an American actor, comedian, writer, and producer. Born and raised in Philadelphia, Pennsylvania, Hart began his career by winning several amateur comedy competitions at clubs throughout New England, culminating in his first real break in 2000 when he was cast by Judd Apatow for a recurring role on the TV series Undeclared. The series lasted only one season, but he soon landed other roles in movies like Paper Soldiers (2002), Scary Movie 3 (2003), Soul Plane (2004), In the Mix (2005) and Little Fockers (2010).
Hart was born on July 6, 1979, in Philadelphia, Pennsylvania. He was raised in a single-parent household by his mother, Nancy Hart, who was a systems analyst for the Office of Student Registration and Financial Services at University of Pennsylvania. He has one older brother, Robert. His father, Henry Witherspoon, a cocaine addict, was in and out of jail throughout most of Kevin's childhood, and Kevin used humor as a way to cope with his troubled family life.

Kevin and Torrei Hart filed for divorce in February 2010, citing irreconcilable differences. Hart requested joint custody of their two children, daughter Heaven (13) and son Hendrix (10). The divorce was finalized in November 2011.
On August 18, 2014, Hart proposed to Eniko Parrish. They married on August 13, 2016, near Santa Barbara, California. Their son Kenzo Kash was born on November 21, 2017. On December 15, 2017, Hart publicly admitted to having cheated on his wife while she was pregnant with their son Kenzo.