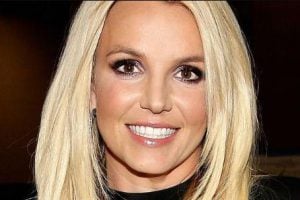 Britney is alive and kicking and is currently 40 years old.
Please ignore rumors and hoaxes.
If you have any unfortunate news that this page should be update with, please let us know using this .

Does Britney Spears Have the coronavirus?

Britney Spears's mother, Lynne Spears, is still alive and kicking at the age of 67.

Edited with Approved and Desired protocolsBritney Jean Spears is an American singer, dancer and actress. Born in McComb, Mississippi, and raised in Kentwood, Louisiana, she performed acting roles in stage productions and television shows as a child before signing with Jive Records in 1997. Spears has earned numerous awards and accolades, including a Grammy Award, six MTV Video Music Awards, including the Michael Jackson Video Vanguard Award, seven Billboard Music Awards, including the Millennium Award and a star on the Hollywood Walk of Fame. Billboard ranked her as the eighth biggest artist of the 2000s decade.
In July 2004, Spears became engaged to American dancer Kevin Federline, whom she had met three months before. The romance received intense attention from the media, since Federline had recently broken up with actress Shar Jackson, who was still pregnant with their second child at the time. The stages of their relationship were chronicled in Spears's first reality show Britney & Kevin: Chaotic. They held a wedding ceremony on September 18, 2004, but were not legally married until three weeks later on October 6 due to a delay finalizing the couple's prenuptial agreement.

In December 2011, Spears became engaged to her long-time boyfriend Jason Trawick, who had formerly been her agent. Trawick became a co-conservator of Spears, alongside her father, in April 2012. In January 2013, Spears and Trawick ended their engagement. Trawick was also removed as Spears's co-conservator, restoring her father as the sole conservator.