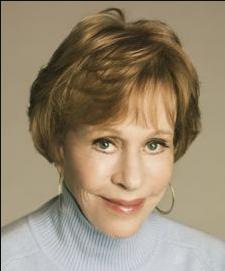 Carol is alive and kicking and is currently 89 years old.
Please ignore rumors and hoaxes.
If you have any unfortunate news that this page should be update with, please let us know using this .

Does Carol Burnett Have the coronavirus?

Carol Creighton Burnett (born April 26, 1933) is an American actress, comedian, singer and writer, whose career spans seven decades of television. She is best known for her groundbreaking television variety show, The Carol Burnett Show, originally aired on CBS. It was the first of its kind to be hosted by a woman. She has achieved success on stage, television and film in varying genres including dramatic and comedic roles. She has also appeared on various talk shows and as a panelist on game shows.
Burnett married her college sweetheart Don Saroyan on December 15, 1955; they divorced in 1962. On May 4, 1963, she married TV producer Joe Hamilton, a divorced father of eight, who had produced her 1962 Carnegie Hall concert and would produce The Carol Burnett Show, among other projects.

Their marriage ended in divorce in 1984. The challenge of coping with Carrie's drug problems was mentioned as part of the reason for the separation, but the couple took the opportunity to inform other parents about handling such problems and raised money for the clinic in which Carrie was treated. In 1988, Burnett and Carrie took a trip to Moscow to help introduce the first Alcoholics Anonymous branch in the Soviet Union. Joe Hamilton died of cancer in 1991.
On November 24, 2001, she married Brian Miller, principal drummer in and contractor of the Hollywood Bowl Orchestra, who is 23 years her junior.
She was good friends with Lucille Ball, Beverly Sills and Jim Nabors (who became the godfather to her daughter Jody), and remains good friends with Julie Andrews and Betty White. She is the acting mentor to her protégée Vicki Lawrence. They share a close friendship, as noted by Lawrence in a testimonial speech during her appearance at Burnett's 2013 Mark Twain Award in Washington, D.C. (recorded and broadcast on PBS Television).