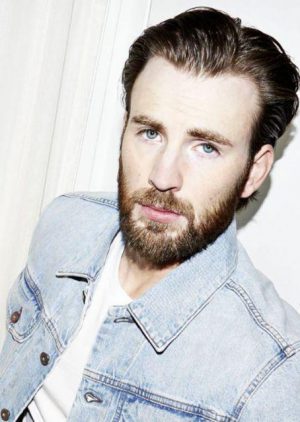 Christopher is alive and kicking and is currently 41 years old.
Please ignore rumors and hoaxes.
If you have any unfortunate news that this page should be update with, please let us know using this .

Does Chris Evans Have the coronavirus?

Christopher Robert "Chris" Evans is an American actor and filmmaker. Evans is known for his superhero roles as the Marvel Comics characters Captain America in the Marvel Cinematic Universe and the Human Torch in Fantastic Four and its 2007 sequel.
Evans dated actress Jenny Slate for nine months until they broke up in early 2017. They got back together in the fall of 2017, but Evans confirmed in March 2018 that they had separated once more.

In 2008, Evans appeared in Street Kings, co-starring Keanu Reeves, and the Tennessee Williams screenplay adaptation The Loss of a Teardrop Diamond, co-starring Bryce Dallas Howard and Ellen Burstyn. The following year he appeared in the science-fiction thriller Push, with Dakota Fanning and Camilla Belle. Evans performed his own fight scenes, which took weeks to film, and was bruised during filming.
In 2010, he completed filming on co-directors Mark Kassen and Adam Kassen's Puncture in Houston, Texas. The film was selected to debut at the 2011 Tribeca Film Festival as one of the Spotlight projects for the 10th anniversary of the festival. Also that year, Evans appeared in Sylvain White's The Losers, an adaptation of the comic-book series from the DC Comics imprint Vertigo. Evans then appeared in another comic-book adaptation, Edgar Wright's Scott Pilgrim vs. the World, where he portrayed Lucas Lee, one of Ramona Flowers' seven evil exes.
Evans starred in the family drama Gifted in 2017. He made his Broadway debut in Lobby Hero, directed by Trip Cullman, which opened in March 2018 at the Helen Hayes Theatre as a part of Second Stage Theatre's first Broadway season.