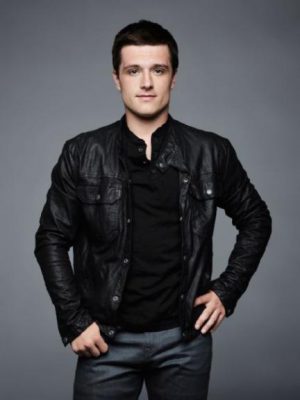 Joshua is alive and kicking and is currently 29 years old.
Please ignore rumors and hoaxes.
If you have any unfortunate news that this page should be update with, please let us know using this .

Does Josh Hutcherson Have the coronavirus?

Joshua Ryan "Josh" Hutcherson is an American actor. A native of Kentucky, Hutcherson began his acting career in the early 2000s and appeared in several commercials and minor film and television roles before landing his first major role in 2002 in the pilot episode of House Blend. His first film role was in Miracle Dogs on Animal Planet, followed by a motion-capture performance in The Polar Express (2004) and a voice-acting role in Howl's Moving Castle (2005).
Hutcherson has cited actor Jake Gyllenhaal as an inspiration, admiring the way Gyllenhaal "has taken his career and the kind of jobs that he's taken". He has also named actor, director, and producer Philip Seymour Hoffman as another of his inspirations.

Hutcherson currently lives in Los Angeles, California. In May 2012, he purchased the 1,861-square-foot (172.9 m2) $2.5 million former house of Heath Ledger in Laurel Canyon in the Hollywood Hills, a small ranch built in 1951. He professes that his fame has not changed him as a person, stating, "I love my job more than anything in the world and I could never imagine doing anything else. So this whole thing is a very small price to pay compared to someone who has to go to an office to work."
As a known ally to the LGBT (lesbian, gay, bisexual, and transgender) community, Hutcherson advocates the gay–straight alliance campaign "Straight But Not Narrow". Since its formation, he has been its most active supporter. His involvement with the LGBT community stems from his family ties; two of his uncles who were gay died of AIDS-related illnesses. In April 2012, he became the youngest recipient of the Vanguard Award from GLAAD, given for promoting equal rights for LGBT people. He was also awarded with Young Humanitarian Award at the 2015 unite4:humanity award ceremony.
Regarding his own sexuality, he considers himself to be "mostly straight" and does not believe in being limited by labels. Hutcherson also worked alongside The Trevor Project and human-I-T in 2014 when he began his campaign "Power On", which serves to help young LGBT people from rural areas to form communities by donating old computers and cell phones to LGBT resource centers; he began the campaign by donating an old computer of his own. Annually from 2012 through 2014, he has hosted the "Josh Hutcherson Celebrity Basketball Game" in Los Angeles, which raises funds and awareness for the "Straight But Not Narrow" campaign. In November 2013, Hutcherson and Queen Latifah presented trophies together to four young community volunteers in a live ceremony at the fifth annual TeenNick HALO Awards at the Hollywood Palladium.
Hutcherson endorsed and actively campaigned for Senator Bernie Sanders for President in the 2016 U.S. presidential election.