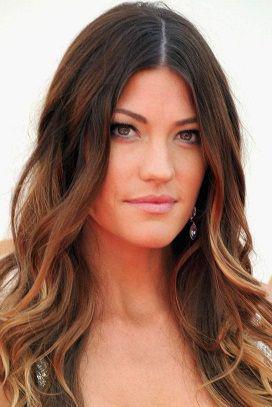 Jennifer is alive and kicking and is currently 42 years old.
Please ignore rumors and hoaxes.
If you have any unfortunate news that this page should be update with, please let us know using this .

Does Jennifer Carpenter Have the coronavirus?

Jennifer Leann Carpenter (born December 7, 1979) is an American actress, best known for playing Debra Morgan on the Showtime drama series Dexter (2006–13), for which she won a Saturn Award for Best Supporting Actress on Television.
In 2007, she began dating her Dexter co-star Michael C. Hall. They eloped on New Year's Eve, 2008 in California and publicly appeared together for the first time as a married couple at the 66th Golden Globe Awards in January 2009. In December 2010, Hall and Carpenter released a statement announcing that they had filed for divorce after having been separated "for some time". The divorce was finalized in December 2011 for irreconcilable differences; however, the two remain very close friends.

Carpenter started dating folk musician Seth Avett in 2013. On February 10, 2015, it was announced that the couple were engaged and expecting their first child. In August 2015, it was revealed that Carpenter gave birth in May to a son, Isaac, and admitted that she was eight-and-a-half months pregnant when shooting the pilot episode of Limitless. Carpenter and Avett married in May 2016.