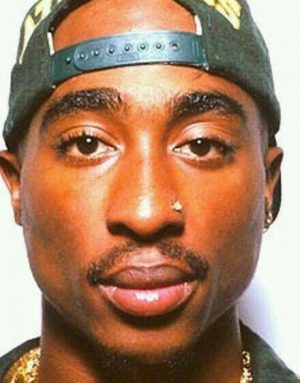 Tupac passed away on September 13, 1996 at the age of 25 in Las Vegas, Nevada, United States. Tupac's cause of death was homicide.

Tupac Shakur's mother, Afeni Shakur, died on May 2, 2016 as she was 69 years old. Her cause of death was cardiac arrest.

Tupac Amaru Shakur, also known by his stage names 2Pac and Makaveli, was an American rapper and actor. Shakur has sold over 75 million records worldwide, making him one of the best-selling music artists of all time. His double disc albums All Eyez on Me and his Greatest Hits (1998) are among the best-selling albums in the United States. Shakur is consistently ranked as one of the greatest and most influential rappers of all time, and he has been listed and ranked as one of the greatest artists of any genre by many publications, including Rolling Stone, which ranked him 86th on its list of The 100 Greatest Artists of All Time. On April 7, 2017, Shakur was inducted into the Rock and Roll Hall of Fame.
On the night of September 7, 1996, Shakur attended the Bruce Seldon vs. Mike Tyson boxing match with Suge Knight at the MGM Grand in Las Vegas, Nevada. After leaving the match, one of Knight's associates spotted Orlando "Baby Lane" Anderson, an alleged Crips gang member from Compton, California, in the MGM Grand lobby. Earlier that year, Anderson and a group of Crips had robbed a member of Death Row's entourage in a Foot Locker store. Knight's associate told Shakur, who attacked Anderson, assisted by his and Knight's entourage. The fight was captured on the hotel's video surveillance. After the brawl, Shakur went with Knight to Death Row–owned Club 662. Shakur rode in Knight's 1996 black BMW 750iL sedan as part of a larger convoy.

At 11:00–11:05 p.m. (PDT), they were halted on Las Vegas Boulevard by Metro bicycle police for playing the car stereo too loudly and not having license plates. These were found in the trunk of Knight's car and the party was released without being ticketed. At 11:15 p.m. (PDT), when they were at a stop light, a white, four-door, late-model Cadillac with unknown occupants pulled up to the right side of Shakur's sedan. Someone inside rapidly fired gunshots at Shakur. He was hit four times, twice in the chest, once in the arm, and once in the thigh. One of the bullets went into Shakur's right lung. Knight was hit in the head by fragmentation. The bodyguard, Frank Alexander, said that Shakur had asked him to drive the car of Shakur's girlfriend, Kidada Jones, rather than accompany him. After arriving at the scene, police and paramedics took Knight and the wounded Shakur to the University Medical Center of Southern Nevada. According to an interview with music video director Gobi, while at the hospital, Shakur received news from a Death Row marketing employee that the shooters had called the record company and threatened Shakur. Gobi informed the Las Vegas police but said that the police claimed to be understaffed. No attackers came. At the hospital, Shakur was heavily sedated, placed on life-support machines, and ultimately was put under a barbiturate-induced coma to keep him in the bed. While in the intensive-care unit, on the afternoon of September 13, 1996, Shakur died from internal bleeding. He was pronounced dead at 4:03 p.m. (PDT). The official causes of death were noted as respiratory failure and cardiopulmonary arrest in connection with multiple gunshot wounds.
Shakur's body was cremated the next day. Some of his ashes were purportedly later mixed with marijuana and smoked by members of the Outlawz. However, E.D.I. Mean claimed in a 2014 interview that the ashes did not belong to Shakur.
His fifth album, The Don Killuminati: The 7 Day Theory, was released two months later, along with numerous other posthumous albums.