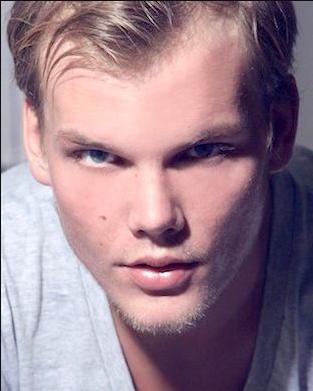 Avicii Birthday and Date of Death

Born “Tim Bergling” on 8th September, 1989 in Sweden, Avicii began remixing and producing tracks in his own bedroom at the age of 18. “Growing up with older siblings, I’ve also have loads of different influences when it becomes to my music taste such as Leeson MC and DJ Boonie. There are loads of other people that have influenced me but I think the biggest inspiration I’ve had aside from my manager has been the Swedish House Mafia guys and Eric Prydz, they were the ones who first got me into the house!” he said.
He put his music online and started to Gin recognition in 2010 when he got signed to EMI. He reached to top 20 in several countries including the U.K with his track “Seek Bromance”. After an incredible year with worldwide hit singles like “My Feelings For You” plus hit remixes of “DJ Tiesto, Robyn and Bob Sinclar, all bodes right for Avicii in 2011.

With massive monster tracks lined up and many of the world’s biggest events headlining Avicii on the bill, little was left to dispute that 2011 was this enviously young talent’s year. No surprise when his first release of 2011 “Street Dancer” went straight for number one on worldwide beat port charts.
He also scored a hit once again when releasing “Levels” containing vocal sample of “Etta James’s” gospel inspired classic song, “Something’s Got a Hold On Me”. He capped off the successful year by landing a Grammy Award nomination for “Best Dancer”, thanks to his collaboration with “David Guetta” in “Sunshine”.
With his much successful collaboration, Avicii is looking at establishing his name among the stars; bringing his contagious sounds to the masses and making them believe what many already know. This will likely come from his debut album “True”, set for a fall release in 2013. The lead single “Wake Me Up” already soared high to the very top spot in Europe.
On 20 April 2018, Avicii's publicist Ebba Lindqvist announced that he had died that day at the age of 28 in Muscat, Oman. No cause of death was given. However, in 2017, Bergling's health deteriorated and he was diagnosed with pancreatitis due to excessive alcohol use, and he stopped doing live performances since then.
On 26 April, his family released an open letter stating that Bergling "really struggled with thoughts about meaning, life, happiness. He could not go on any longer. He wanted to find peace." On 1 May, TMZ reported that the cause of death was a suicide due to self-inflicted injuries. Some sources claim he died of blood loss after cutting himself with broken glass from a wine bottle.