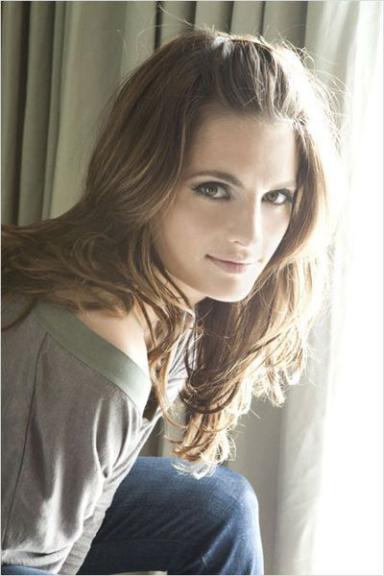 Stana is alive and kicking and is currently 44 years old.
Please ignore rumors and hoaxes.
If you have any unfortunate news that this page should be update with, please let us know using this .

Does Stana Katic Have the coronavirus?

Stana Katic (born 28 April 1978) is a Canadian-American film and television actress. She is best known for her portrayal of Kate Beckett on the ABC series Castle.
Katic was born in Hamilton, Ontario, Canada. In describing her ethnicity, she has stated "My parents are Serbs from Croatia. I call us Dalmatian because that's the part of the planet that we are originally from. I have Serb, Croat and even a handful of Montenegrin family members." Her father is from Vrlika, Croatia, and her mother is from the surrounding area of Sinj, Croatia.

Katic played Hana Gitelman in Heroes, Collette Stenger in 24's season five, and Jenny in the film Feast of Love starring Morgan Freeman. She also played Morgenstern in Frank Miller's film The Spirit, Corrine Veneau in the James Bond film Quantum of Solace (though she was originally up for the role of Strawberry Fields in the film), and Simone Renoir in the third installment of The Librarian franchise, The Librarian: Curse of the Judas Chalice.
She lives in Los Angeles. Katic speaks English, Serbo-Croatian, French, Italian, and Slovenian fluently. Katic founded The Alternative Travel Project in 2010 which is an initiative to encourage people to Go Car Free for just one day and seek out alternative methods of public transportation to reduce the environmental impact of personal vehicles.
Katic wrote the lyrics for "Hey Blue Eyes", which she sang for fans at the 51st Zlín Film Festival in 2011. She holds dual citizenship in Canada and the United States.
Katic married her longtime boyfriend, Kris Brkljac, a business efficiency consultant, in a private ceremony in Croatia on 25 April 2015, one day before her 37th birthday.