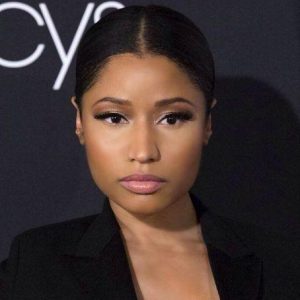 Onika is alive and kicking and is currently 39 years old.
Please ignore rumors and hoaxes.
If you have any unfortunate news that this page should be update with, please let us know using this .

Does Nicki Minaj Have the coronavirus?

Onika Tanya Maraj, known professionally as Nicki Minaj, is a Trinidadian-born American rapper, singer and songwriter. Born in Saint James, Trinidad and Tobago and raised in South Jamaica, Queens, New York, Minaj earned public attention after releasing three mixtapes between 2007-09. She has been signed to Young Money Entertainment since 2009.
Minaj has been called one of the most influential female rap artists. Throughout her career, she has received numerous accolades, including six American Music Awards, 11 BET Awards, four MTV Video Music Awards, four Billboard Music Awards, a Billboard Women in Music Rising Star Award, and 10 Grammy Award nominations. Minaj has sold 20 million singles as a lead artist, 60 million singles as a featured artist, and over five million albums worldwide, making her one of the world's best-selling music artists.

In late 2014, Minaj separated from her longtime boyfriend Safaree Samuels. They had dated since 2000. Several tracks on The Pinkprint are believed to have been inspired by the end of their relationship. She also revealed she had an abortion as a teenager in her song "All Things Go". Minaj began dating rapper Meek Mill in early 2015. On January 5, 2017, she announced via Twitter that she had ended their two-year relationship.