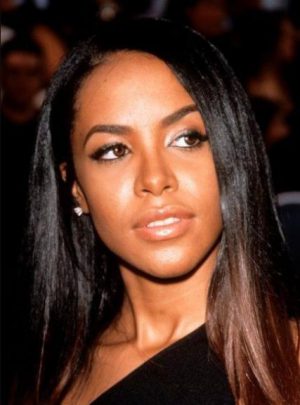 Aaliyah passed away on August 25, 2001 at the age of 22 in Marsh Harbour, Abaco Islands, The Bahamas. Aaliyah's cause of death was airplane crash.

Aaliyah Birthday and Date of Death

Aaliyah Dana Haughton was an American singer, dancer, actress, and model. She was born in Brooklyn, New York, and raised in Detroit, Michigan. At the age of 10, she appeared on the television show Star Search and performed in concert alongside Gladys Knight. At age 12, Aaliyah signed with Jive Records and her uncle Barry Hankerson's Blackground Records. Hankerson introduced her to R. Kelly, who became her mentor, as well as lead songwriter and producer of her debut album, Age Ain't Nothing but a Number. The album sold three million copies in the United States and was certified double platinum by the Recording Industry Association of America. After facing allegations of an illegal marriage with R. Kelly, Aaliyah ended her contract with Jive and signed with Atlantic Records.
On August 25, 2001, at 6:50 p.m. (EDT), Aaliyah and the members of the record company boarded a twin-engine Cessna 402B (registration N8097W) at the Marsh Harbour Airport in Abaco Islands, the Bahamas, to travel to the Opa-locka Airport in Florida, after they completed filming the music video for "Rock the Boat". They had a flight scheduled the following day, but with filming finishing early, Aaliyah and her entourage were eager to return to the U.S. and made the decision to leave immediately. The designated airplane was smaller than the Cessna 404 on which they had originally arrived, but the whole party and all of the equipment were accommodated on board. The plane crashed shortly after takeoff, about 200 feet (60 m) from the end of the runway and exploded.

Aaliyah and the eight others on board—pilot Luis Morales III, hair stylist Eric Forman, Anthony Dodd, security guard Scott Gallin, family friend Keith Wallace, make-up stylist Christopher Maldonado, and Blackground Records employees Douglas Kratz and Gina Smith—were all killed. Gallin survived the initial impact and spent his last moments worrying about Aaliyah's condition, according to ambulance drivers. The plane was identified as being owned by Florida-based company Skystream by the US Federal Aviation Administration (FAA) in Atlanta. Initial reports of the crash identified Luis Morales as "L Marael".
According to findings from an inquest conducted by the coroner's office in the Bahamas, Aaliyah suffered from "severe burns and a blow to the head", in addition to severe shock and a weak heart. The coroner theorized that she went into such a state of shock that even if she had survived the crash, her recovery would have been nearly impossible given the severity of her injuries. The bodies were taken to the morgue at Princess Margaret Hospital in Nassau, where they were kept for relatives to help identify them. Some of the bodies were badly burned in the crash.
As the subsequent investigation determined, when the aircraft attempted to depart, it was over its maximum take-off weight by 700 pounds (320 kg) and was carrying one excess passenger, according to its certification. The National Transportation Safety Board report stated that "the airplane was seen lifting off the runway, and then nose down, impacting in a marsh on the south side of the departure end of runway 27 and then exploding in flames." It indicated that the pilot was not approved to fly the plane. Morales falsely obtained his FAA license by showing hundreds of hours never flown, and he may also have falsified how many hours he had flown in order to get a job with his employer, Blackhawk International Airways. Additionally, toxicology tests performed on Morales revealed traces of cocaine and alcohol in his system.
Aaliyah's funeral services were held on August 31, 2001, at the Frank E.Campbell Funeral Home and St. Ignatius Loyola Church in Manhattan. Her body was set in a silver-plated copper-deposit casket, which was carried in a glass horse-drawn hearse. An estimated 800 mourners were in attendance at the procession. Among those in attendance at the private ceremony were Missy Elliott, Timbaland, Gladys Knight, Lil' Kim and Sean Combs. After the service, 22 white doves were released to symbolize each year of Aaliyah's life. Aaliyah was initially entombed in a crypt at the Ferncliff Mausoleum in Hartsdale, New York; she was later moved to a private room at the left end of a corridor in the Rosewood Mausoleum. The inscription at the bottom of Aaliyah's portrait at the funeral read: "We Were Given a Queen, We Were Given an Angel."
After Aaliyah's death, the German newspaper Die Zeit published excerpts from an interview done shortly before her death, in which she described a recurring dream: "It is dark in my favorite dream. Someone is following me. I don't know why. I'm scared. Then suddenly I lift off. Far away. How do I feel? As if I am swimming in the air. Free. Weightless. Nobody can reach me. Nobody can touch me. It's a wonderful feeling."