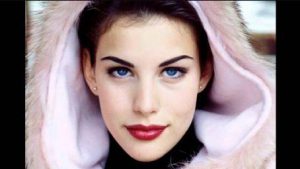 Liv is alive and kicking and is currently 45 years old.
Please ignore rumors and hoaxes.
If you have any unfortunate news that this page should be update with, please let us know using this .

Does Liv Tyler Have the coronavirus?

Liv Tyler's father, Steven Tyler, is still alive and kicking at the age of 74. He is American and has had a career as a musician.

Liv Tyler's mother, Bebe Buell, is still alive and kicking at the age of 68. She is American and has had a career as a singer.

Liv Tyler is an actress best known as an elf named Arwen in the Lord of the Rings films. At age 11, Liv Tyler found out that rocker Steven Tyler of Aerosmith was her father, and she later appeared in the Aerosmith music video for the song "Crazy." Acting in several film projects afterward, the biggest role of her career so far has been as Arwen in the Lord of the Rings film trilogy. Based on the books by J.R.R. Tolkien, the film series became an international phenomenon.
In 1998, Tyler began dating British musician Royston Langdon of the band Spacehog. They became engaged in February 2001, and married in Barbados on March 25, 2003. On December 14, 2004, she gave birth to a son, Milo William Langdon. On May 8, 2008, the couple confirmed through representatives that they would be separating. In June 2010, Tyler stated she was "far too sensitive" for casual dates, adding "I fall in love once in a blue moon."

Tyler and her partner David Gardner, a sports and entertainment manager, have two children together, son Sailor Gene (born 11 February 2015) and daughter Lula Rose (born 9 July 2016).
Tyler was formerly a vegan, but later began to eat meat. In 2003, she became the spokesperson for Givenchy perfume and cosmetics; in 2005 the brand named a rose after her, which was used in one of its fragrances. In 2009, Tyler signed on for two more years as Givenchy spokesperson. On December 8, 2011, Givenchy announced a collaboration between Givenchy perfumes and Sony Music. In the video released on February 7, 2012, Liv Tyler covered the INXS song "Need You Tonight".
Tyler learned transcendental meditation in New York City. In December 2012, she participated in a charity gala for the David Lynch Foundation to provide transcendental meditation to disadvantaged sections of society. At the event she said, "it helps me make better decisions and be a better mother, and just deal with the daily stress of the modern world that we live in. It helps with everything."