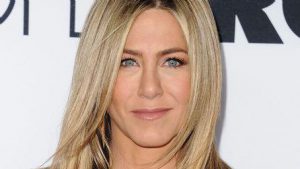 Jennifer is alive and kicking and is currently 53 years old.
Please ignore rumors and hoaxes.
If you have any unfortunate news that this page should be update with, please let us know using this .

Does Jennifer Aniston Have the coronavirus?

Jennifer Aniston's father, John Aniston, is still alive and kicking at the age of 88. He is American and has had a career as a actor.

Jennifer Joanna Aniston is an American actress, producer, and businesswoman. The daughter of Greek actor John Aniston and American actress Nancy Dow, Aniston gained worldwide recognition for portraying Rachel Green on the popular television sitcom Friends, a role which earned her a Primetime Emmy Award, a Golden Globe Award, and a Screen Actors Guild Award. The character was widely popular during the airing of the series and was later recognized as one of the 100 greatest female characters in United States television.
She was romantically linked to actor Tate Donovan. The couple began dating in 1995, but ended their relationship after two and a half years in 1998.

Aniston met Brad Pitt in 1998; their relationship was widely publicized in the press. She married Pitt, after two years of dating, on July 29, 2000, in a lavish Malibu wedding. For a few years, their marriage was considered the rare Hollywood success. On January 7, 2005, they announced their separation, and finalized their divorce on October 2. During their divorce proceedings, there was intense speculation in the media that Pitt had been unfaithful to Aniston with his Mr. & Mrs. Smith co-star Angelina Jolie, whom he started dating soon after the split. In the following months, the public's reaction toward the divorce was reported in the press, and "Team Aniston" and "Team Jolie" T-shirts appeared throughout the country. Aniston commented on the divorce in a January 2015 interview with The Hollywood Reporter, stating that: "Nobody did anything wrong.... It was just like, sometimes things [happen]."
Aniston started a relationship with actor, director, and screenwriter Justin Theroux in May 2011. The following January they purchased a home in Los Angeles's Bel Air neighborhood for roughly $22 million. They became engaged on August 10, 2012 and were married on August 5, 2015 at their estate. They separated at the end of 2017.