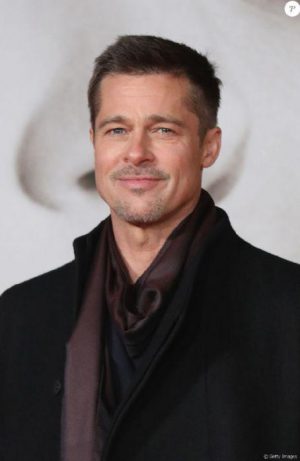 Brad is alive and kicking and is currently 58 years old.
Please ignore rumors and hoaxes.
If you have any unfortunate news that this page should be update with, please let us know using this .

Does Brad Pitt Have the coronavirus?

An actor and producer known as much for his versatility as he is for his handsome face, Golden Globe-winner Brad Pitt's most widely recognized role may be Tyler Durden in Fight Club (1999). However, his portrayals of Billy Beane in Moneyball (2011), and Rusty Ryan in the remake of Ocean's Eleven (2001) and its sequels, also loom large in his filmography.
In the late 1980s and early 1990s, Pitt was involved in successive relationships with several of his co-stars, including Robin Givens (Head of the Class), Jill Schoelen (Cutting Class), and Juliette Lewis (Too Young to Die? and Kalifornia). In addition, Pitt had a much-publicized romance and engagement to his Seven co-star, Gwyneth Paltrow, whom he dated from 1994 to 1997.

Pitt met Friends actress Jennifer Aniston in 1998 and married her in a private wedding ceremony in Malibu on July 29, 2000. In January 2005, Pitt and Aniston announced they had decided to separate. Two months later, Aniston filed for divorce, citing irreconcilable differences. Pitt and Aniston's divorce was finalized by the Los Angeles Superior Court on October 2, 2005. Despite media reports that Pitt and Aniston had an acrimonious relationship, Pitt said in a February 2009 interview that he and Aniston "check in with each other", adding that they were both big parts of each other's lives.
During Pitt's divorce proceedings, his involvement with his Mr. & Mrs. Smith co-star Angelina Jolie attracted media attention. Jolie stated that there was no infidelity, and Pitt and Jolie stated that they "fell in love" on the set. In April 2005, one month after Aniston filed for divorce, a set of paparazzi photographs emerged showing Pitt, Jolie and her son Maddox at a beach in Kenya; the press interpreted the pictures as evidence of a relationship between Pitt and Jolie. During 2005, the two were seen together with increasing frequency, and the entertainment media dubbed the couple "Brangelina". On January 11, 2006, Jolie confirmed to People that she was pregnant with Pitt's child, thereby publicly acknowledging their relationship for the first time. Pitt and Jolie announced their engagement in April 2012 after seven years together. They were married on August 23, 2014, in a private ceremony in Château Miraval, France. On September 19, 2016, Jolie filed for divorce from Pitt, citing irreconcilable differences.